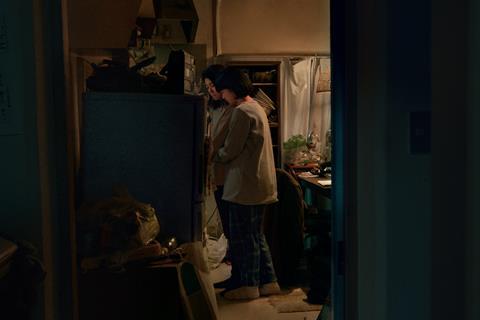 As a documentary director, Yuko (Kumi Takiuchi) has mastered the balance between journalistic integrity and self-interest. Her professional ethics, when reporting a case of high-school bullying which led to two suicides, demand impartiality and respect for the truth — there are, however, some versions of the truth which are more likely to get aired on television than others. But when Yuko, who makes a career picking through the fallout after headline news stories, realises that a scandal is about to break much closer to home, she reevaluates her lofty principles. Slightly overlong, but measured and evenhanded in its approach, A Balance gives a revealing insight into Japan’s culture of shame, which spreads like a stain through the lives of anyone touched by rumour or wrongdoing.

This is a film which sets out to hold the media to account.

The sophomore feature film from writer, director and editor Yujiro Harumoto, this is a bracingly unsentimental picture which asks knotty questions about the relationship between the media and the subjects at which it points its cameras. While perhaps not pacy enough to achieve arthouse crossover status, this is a conversation-starter and should be a title of interest at further festivals and showcases.

Interviewing the bereaved father of a teenage daughter who was shamed for a rumoured affair with a teacher, and who subsequently took her own life, Yuko is well aware that she could be seen as part of the problem. The father cites the media as well as the school as culpable in his daughter’s death. But the suits at the television station which commissioned the film are touchy about this suggestion, ordering Yuko’s producer to enforce an alternative edit which places the blame solely on the school. Yuko stomps off, arguing that if the station didn’t want a thorough examination of the subject “then why use a nuisance like me?”

In the evenings, she tutors at a cram school run by her father. The skittish energy of the camerawork here is a refreshing contrast to the stuffy formality of the scenes in the television offices. A natural teacher, Yuko forges a connection with a troubled 17-year-old, Mei (Yumi Kawai). But to her horror she learns that Mei is pregnant and the father is Yuko’s own dad, who took sex in lieu of school fees.

Guilt over the sin of her father prompts Yuko to bring Mei under her wing. And Mei, whose mother is dead and whose father is skint and mostly absent, clings to her. The production design is particularly eloquent when it comes to the neglected makeshift space that Mei shares with her father — there’s a defeated, disordered look to the place, with its skewed shelves and sliding piles of unwashed plates.

But while Yuko has almost persuaded herself that she has the girl’s best interests at heart, it becomes clear that she is at least as worried about the ramifications of her father’s shame on her own life and career. A series of satisfying reveals peel back layers of deception on the part of most of the key characters. But it’s Yuko’s arc, from principled idealist to unscrupulous careerist risking a teenager’s health and life, which is most arresting. Even without a jarring, unnecessarily melodramatic ending, this is a film which sets out to hold the media to account.