'A Man From Manchuria': Review 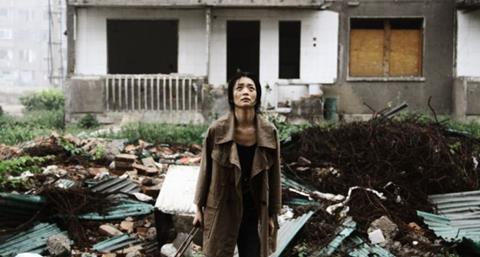 Novelist Tang Di makes a disturbing screen debut with A Man From Manchuria, a degraded and disorientating piece which is deliberately oblique and discomfiting. It’s scratchy and raw and mostly occluded, forcing the viewer into the uncomfortable perspective of a down-and-dirty voyeur, but A Man From Manchuria will almost certainly find its way into festival screenings where its brutal viewpoint will provoke debate.

Mainstream exhibition is probably out of reach for A Man From Manchuria – apart from being outside the realm of what is accepted as tasteful, its scenes of drug-taking, wife-beating and necrophilia will result in a restricted rating if it remains uncut, and it’s already brief at 86 minutes. Tang Di makes a lasting impression however; the grimy, septic feel of A Man From Manchuria is unique, although its blunt and raw shooting style can overstay its welcome.

Ascribing a narrative to A Man From Manchuria is difficult, and while Tang Di is credited with the screenplay, it’s more of an idea-made-flesh. The film centres around an American Psycho-style sex addict and killer, who leaves his wife to go on a spree of drug-taking and violence, but then returns, on-the-run from the police. Separately, she searches endlessly for him, and when he does return they indulge in brutal sado-masochistic sex during which she is repeatedly beaten. They live in decayed surroundings, reeking filth and ruins; he smokes heroin and prowls relentlessly through the streets of Tangshen, wheeling a suitcase. He also masturbates frequently and is shown raping one of his victims.

Tang Di’s vision is a grubby antidote to everything pretty in Chinese cinema; there’s a deep, growling base soundtrack, punctuated by Marilyn Manson and ambient traffic noise, underscoring visuals which are fuzzy, grungy, relentlessly dark. As DoP, Tang switches from colour to black-and-white, shifts into splitscreen frequently, and is fond of placing his camera behind trees and doors, keeping the viewer insecure and discomfited.

A Man From Manchuria is led by two non-actors, Mxson Lau (as per credits) and Liu Xiaomei, and Lau is also credited with some of the music. He’s horribly believable in the role, until, perhaps, the final over-the-top sequence. She is also arresting, although scenes in which she restlessly roams around bus shelters, looking for her husband, are over-extended. Tang Di, who takes a weighty amount of credits for a directorial debut, has dedicated the film to “my 30 years old”. To say A Man From Manchuria is raw and raging is to understate its aggression. It’s not out to make friends, but for all those it repulses, there will be others it excites. What’s certain is that this is a new noise in Chinese film-making; A Man From Manchuria is a statement of intent.