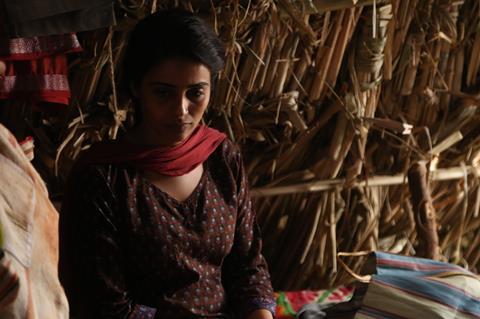 Based on real events, Bittersweet is an earnest examination of the plight of female sugar cane cutters in Beed, a region in the state of Maharashtra, India. With no toilet facilities available to the workers on the plantations, menstruating women are forced to take time off. They find themselves fined for missed days and — shockingly — pressured into having hysterectomies in order to improve their productivity. Direct and somewhat didactic in approach, the film labours its admittedly eye-opening themes at times, but the dilemma faced by Saguna, a college student forced by family debt to work as a cane cutter, is persuasively explored by actress Akshaya Gurav.

This Marathi-language drama, written and directed by veteran actor and filmmaker Ananth Narayan Mahadevan, will likely connect most successfully with domestic audiences and those of human-rights-themed festivals and events. It’s a conversation-starter of a picture, which should raise awareness of the labour rights abuses endured by the low-status casual workers in Maharashtra’s most lucrative industry.

The mounting debts incurred by Saguna’s family mean that, not only can they no longer afford her college fees, it is now necessary that she take a six-month break from education to work in the fields alongside her asthmatic, ailing father and her browbeaten mother. She clutches a textbook as they are jostled in the back of the trailer hauling them to the worksite. The book represents a connection with the future she had hoped for herself, one which didn’t involve long, punishing days of machete-wielding and cane-hacking.

Karande (Anil Nagarkar), the contractor who is responsible for recruiting the workers and for checking that each cane cutter achieves their daily targets, eyes Saguna with interest. She has barely climbed off the trailer and picked up her machete before he is shiftily making veiled suggestions to her father. He is, as one character evocatively puts it, “a slippery eel”. He’s also an alcoholic opportunist who has set up an illicit system of kickbacks with a local doctor — for each hysterectomy performed on one of the women, Karande not only benefits from increased productivity, he also gets a slice of the fee paid to the hospital.

Since Saguna is cursed with crippling menstrual cramps which impede her ability to work in the fields, she is soon targeted by Karande as a potential candidate for the operation. And such is the desperate financial situation of Saguna’s family that she considers the option seriously.

It would be tempting to assume that all the men that Saguna encounters are either treacherous (the sugar business owner wears an expensive suit and a cruel sneer) or powerless, like her father and her fellow cane cutters. But Mr Nagarkar (Suresh Vishwakarma), a government secretary sent to investigate the rate of hysterectomies, is a force for good. In a slightly clunky device, the character is given a daughter the same age as Saguna to underline his empathetic credentials. But while Mr Nagarkar is able to make a difference in Saguna’s life, the film ultimately paints a bleak picture for the other powerless women who depend on this gruelling work for survival.