A transgender teen struggles to make her mark as a dancer 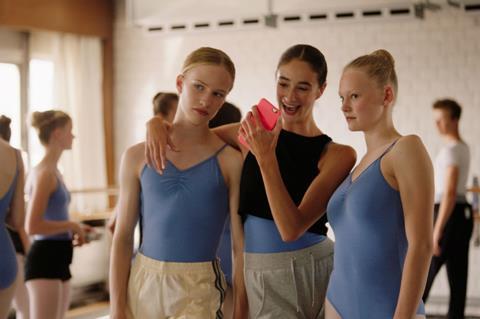 An assured and empathetic feature debut, Lukas Dhont’s Girl uses the discipline and rigour of ballet training to explore the journey of a transgender teenager and her relationship with her body. Fifteen-year-old Lara (a mesmerising performance from Victor Polster) exudes a steely serenity, a protective carapace which covers pain from the bleeding feet and screaming muscles to the unwitting cruelty of her classmates and her body’s betrayal. Slight pacing issues notwithstanding, this is a sensitive and emotionally persuasive study of Lara’s determination to achieve her dreams, against the odds.

There is a compassion and intimacy to Dhont’s approach to gender issues which evokes the work of Celine Sciamma, particularly in Tomboy. And this film should enjoy a similarly warm reception on the arthouse circuit. Girl, which was developed during a Cannes Cinefondation residency, will certainly be in demand in further festival berths. It’s an impressive calling card for both Polster and Dhont, neither of who should have any shortage of offers of future projects.

The world of ballet, where bodies are bent and reshaped by sheer force of will, provides fertile ground for this exploration of the process of transition. The camera’s fascination with Lara’s body is justified – it is her preoccupation and her own personal battleground. Polster, a trained ballet dancer with a sylph-like physique, is utterly convincing in the role. Lara is poised and reserved, she keeps the world, even her supportive father (Arieh Worthalter), at arm’s length.

The screenplay, by Dhont and Angelo Tijssens, leaves much discretely unsaid. The absence of Lara and her younger brother’s mother is never explained, nor is there much exploration of Lara’s journey up until the point at we join her. We know simply that the family has recently relocated, and Lara has been accepted for a provisional period at a prestigious ballet school.

Instead, we can read much of her backstory in the superb performances – in the hint of anxiety that bleeds into her father’s solicitous concern; in Lara’s brittle tranquility as she fields yet another of his gently blundering attempts to get her to open up. What’s never in question is Lara’s father’s support of her decision to transition – his main concern is that she doesn’t put herself at risk in the process. “We made rules,” he pleads, having discovered by accident that she has been taping her genitals with gaffer tape which leaves angry welts on the flesh of her stomach.

The rhythms and repetition of endless practise and rehearsal form the film’s central spine. Shot fluidly at first, the camerawork takes on a slightly more feverish and agitated quality as Lara pushes herself to breaking point. Music is elegantly threaded into the picture, lifted out of the rehearsal space and carried into other scenes.

Of the many stand out sequences, the most effective are the moments in which Lara’s soignée self-possession crumbles slightly. The humiliation of an all-girls-together sleepover at which she is segregated and interrogated; the betrayal of her body as she tries out her sexuality like a new, unfamiliar outfit. What’s crucial to the film’s success, however is the fact that, despite its candour about Lara’s pain, the film refuses to relinquish a note of hope.