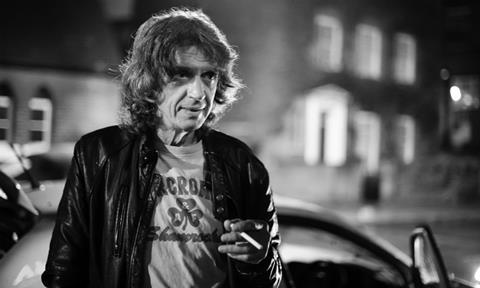 Both a portrait of a man and, to a certain extent, of a community which has changed unrecognisably, this poignant documentary follows Sule: poet, artist, gambler, drinker and the last Bohemian on London’s Portobello Road. Having spent the best part of his adult life in the UK, cultivating vices and philosophising through a thick fug of cigarette smoke, Sule longs to revisit his beloved home town of Banja Luka in Bosnia and Herzegovina. But as his best friend tells him, “England is like Alcatraz. First you don’t like it. Then you get used to it. Then it’s for life.”

This account of the life of a long term migrant provides an interesting counterpoint to the numerous current films which deal with the act of migration, which focus on the immediacy of cross border movement rather than on life once that journey has been achieved. While perhaps too narrow in scope to sustain a theatrical release, this is a film which could be warmly received on the festival circuit, and will be of particular interest to Balkan audiences.

Sule has lines of sorrow deeply etched into his face, long hair pulled back into a ponytail and a wool hat perpetually pulled over his brow. At 63, he also has a preoccupation with death which bleeds into his art, and his life. Over the chatter of a West London barbecue, he recites his latest composition, his intense stare slightly blurred by booze and smoke, which features a line about ‘rotting tombstones’. His audience, a young woman, kisses him lightly, calls him ‘a real poet’ and wafts away. Sule sits glumly in a corner, while revellers dance with sparklers, then walks home, unsteadily, to his bedsit, in what is surely the last ungentrified house in Notting Hill.

The intimate black and white cinematography accentuates the dark place in which Sule finds himself. What most people would call depression, Sule gives another name. “Something akin to a snake is biting my soul. I don’t know if there is a cure.” As he balefully gazes over the tourist throngs of Portobello market, a community that no longer has time or space for the eccentrics and ‘faces’, he ponders over the wasted years.

In his mind, the thing that will make it right is a reconnection with home. But it’s hard to raise money for a flight as an itinerant poet and an artist who has been obsessively consumed with the same four soul-sucking canvasses for over three years. “I can’t finish. They won’t let me stop.”

A lifeline comes when the Bosnian Embassy invites him to exhibit the series of paintings, titled ‘Guidance Through The Black Hole’. With just a few months to finish them, and shocked by the death of his close friend, Sule grasps the opportunity.

The resulting show, shot in vibrant colour, is a triumph. The paintings are striking. A film, projected to accompany the exhibition, shows Sule reciting a poem about the hearse which will haul away his body. He is feted by his peers. But even this moment is clouded for Sule. “Are you happy?” asks one partygoer, over the clink of wine glasses. “It’s okay,” shrugs Sule, before slipping away to call his son, who is noticeably absent from the celebration.

The point where the film really gets under the skin of this perplexing character is when he is closest to achieving his goal. He has sold a painting. His bag is packed for the long-awaited visit to Banja Luka. But then the old demons strike and he gambles away his travel money in one single night. The sad realisation dawns: Sule is the author of his own tragedy.