A rhythmic look at reggae’s old-timers 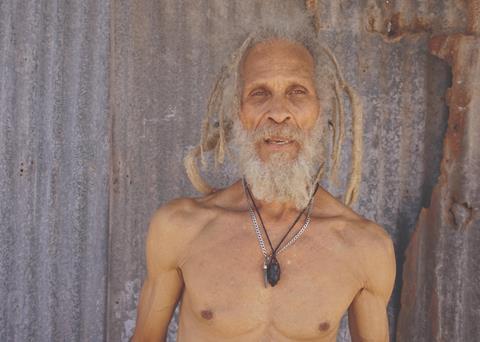 There are several lifetimes of music and memories shared between the subjects of Inna De Yard, a documentary which uses the recording of an acoustic album of reggae classics as a springboard to examine Jamaica and its cultural history. The film, an appealing blend of accessibly toe-tapping music and likeable characters, creates an atmosphere almost as heady as the fug of smoke which perpetually shrouds the heads of the dreadlocked old-timers who are invited to revisit their most iconic tracks.

A crowd pleaser both in further festival berths and theatrical bookings.

The obvious comparison is with Wim Wenders’ Buena Vista Social Club, a documentary which not only reinvigorated the careers of the Afro-Cuban musicians whose lives were put on hiatus after the Cuban revolution, but also prompted an upsurge in tourism to Cuba. While Inna De Yard lacks the sense of discovery of long-lost talents which made Buena Vista such an international sensation, the photogenic, tourist board-friendly footage of Jamaica’s lush interior, plus the amiable chug of the music should make this a crowd pleaser both in further festival berths and theatrical bookings.

The British film-maker Peter Webber (The Girl With A Pearl Earring) does not at first seem an obvious choice as a director. But, raised in West London and a regular visitor to the music shops of the All Saints Road in Notting Hill, Webber evidently has a passion for the music at the heart of the film.

The project which anchors the picture is the recording of an album, “unplugged and acoustic style … capturing the music in its virgin state.” The location is an old house in Stony Hill, with windows which open out onto the verdant mountains, letting the sounds of nature spill in and blend with the music. The walls are lined with vinyl, it’s a shrine to the music of the island. Not just reggae, as the film explains with a potted history of the evolution of this distinctive sound, but also ska, rock steady and roots.

The film settles into a formulaic rhythm, introducing each artist, cutting together biographical details with footage of the recording of a key song, and then culminating with a live performance in Paris. Sprinkled through this is a dusting of Jamaican history and a fleeting but poignant commentary on the poverty and simmering violence which has marked the lives of most of the musicians in one way or another.

Of the subjects, standouts include the spritely white-haired elder statesman Cedric Myton, best known as a singer with The Congos, whose angelic falsetto is perhaps the most distinctive of all the voices. Kiddus I, star of the reggae film Rockers, is a rebellious figure who chafes against the injustice of a career which stalled following his deportation from the US. Winston “Electric Dread” Mcanuff mourns the death of his son, also a musician, in a street fight. Meanwhile Ken Boothe, who had a worldwide hit with ’Everything I Own’, enjoys a level of success unknown to his contemporaries, success which brought with it its own problems. Like all the issues touched upon however, these problems are lightly handled. This is not the place to look for an in-depth appraisal of Jamaica’s volatile post-colonial history or for more than a cursory nod towards the substance abuse which is endemic. But for a warm, engaging love letter to the veteran talents who shaped a sound, the film has an infectious groove.