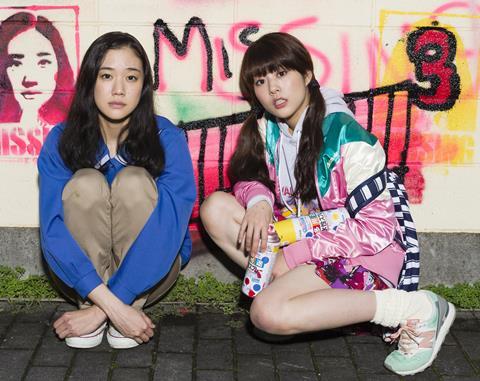 The latest film from actor-turned-director Daigo Matsui (Wonderful World End) has two titles, and each proves telling. The English-language moniker Japanese Girls Never Die immediately inspires the question: well, what do they do? Of course, it’s a loaded query, answered here in slices of female lives constrained by societal expectations — and also partially by the movie’s more straightforward, literally translated title, Haruko Azumi Is Missing.

Though they’re marginalised, ignored, and asked to play a part, Matsui posits that Japanese girls will never die as long as someone, somewhere, is paying attention and rallying against the status quo

Haruko’s (Yû Aoi) disappearance is just one of three strands in screenwriter Misaki Setoyama’s adaptation of Mariko Yamauchi’s 2013 novel. It provides an intriguing hook, using a familiar scenario as an accessible entryway into the film’s scathing portrait of engrained misogyny in modern-day Japan.

It should help broaden the movie’s viewership following its December release at home, particularly with international festivals. That Japanese Girls Never Die also features a gang of uniform-wearing teens running around Tokyo wreaking havoc on the men who dare to objectify and sexualise them should also help it win wider attention.

Emblazoned on a missing poster, Haruko’s face is one of the first things audiences see. Brought to life with soulful precision by Aoi, a Japanese Academy Award winner for 2006’s Hura gâru, her story seems straightforward for an unmarried 28-year-old, other than the knowledge that she is about to vanish.

She’s unhappy at work, at home, and with her unrequited yearning for her childhood pal turned neighbour (Huey Ishizaki). Specifically, Haruko’s days are filled with callous male bosses making inappropriate comments about the age, appearance and relationship status of their female employees, all while trying to hire a new pretty young thing. By night, she navigates the stresses of living with her family, with her grandmother’s memory fading and her mother none-too-happy about it.

Matsui presents every incursion into Haruko’s life in a matter-of-fact way that emphasises both the normality and the commonality of her situation; the treatment that her older colleague receives for being unmarried at the age of 37 further stresses that Haruko could be any number of Tokyo’s many inhabitants.

Though engaging and quickly endearing, Haruko is all-too-ordinary — and yet, when her likeness is plastered all over the city, she’s also an extraordinary symbol of the overlooked status of Japanese women. Kilroy, the three-person graffiti crew responsible for making her so well known, might not have intended to make such a statement, but Japanese Girls Never Die definitely does.

The spray paint-brandishing trio has issues too. Pals Manabu (Shôno Hayama) and Yukio (Taiga) didn’t plan for Yukio’s casual hookup with 20-year-old Aina (Mitsuki Takahata) to spill over into their guerrilla art efforts — but she thinks their connection is more serious than it is, and he’s happy to keep her around until he finds someone younger.

As their stencils cause a stir, gain media and police attention, and lead to bigger and better things for Manabu and Yukio, Aina slowly catches on to what is happening. At the same time, the trouble-making schoolgirls keep popping up, hiding violent intentions behind their giggling façades. Men are warned to be careful walking the streets at night, for example.

In short, Japanese Girls Never Die presents a medley of situations, perspectives and outcomes facing its titular group, as splintered across different age ranges, time frames, and slivers of reality and fantasy. With assistance from cinematographer Hiroki Shioya and editor Satoko Ohara, Matsui ensures each of the film’s narratives looks and feels distinctive: some patient and elegantly paced, others urgent and anarchic. While they comprise three chapters in an intertwined tale, and ultimately reinforce the same overarching viewpoint, each seethes with its own energy.

Veering between sincerely profound and subversively satirical with performances to match, Japanese Girls… can be a slightly disjointed and disorderly affair to watch. And yet, once it finds its rhythm, this approach also makes the film’s insights truly hit home. Though they’re marginalised, ignored, and asked to play a part, Matsui posits that Japanese girls will never die as long as someone, somewhere, is paying attention and rallying against the status quo.