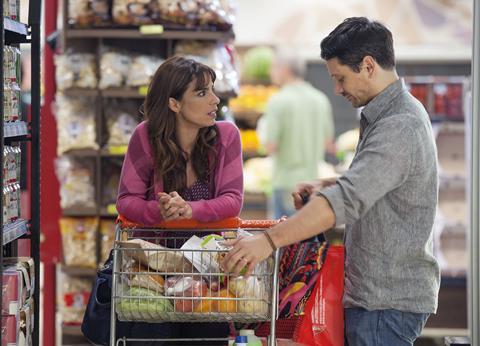 A scalding opening scene which unfolds during a highly-charged family lunch sets the bar high for this Brazilian domestic drama. And while nothing which follows has quite the same venomous kick as this key sequence, Laus Bodansky’s portrait of a woman forced to confront her stale marriage and professional disappointment approaches familiar territory with a light touch.

The thorny relationship between mother and daughter is dramatically rich

The multitasking wife and mother whose identity is subsumed by her marriage is a theme which has been extensively explored already – Bodanzky’s own lively screenplay nods to this by referencing Ibsen’s A Doll’s House. Just Like Our Parents (Como Nossos Pais) might not add anything particularly new to the subject, but it also resists easy answers and glib, feelgood conclusions.

The naturalism of the approach means that, although persuasive, much of the drama feels quite low-key. But the relatable subject matter and the complex women at the heart of the story should recommend the film to a female-skewed audience. Although the arc is perhaps a little too familiar for the film to break out commercially in a major way, it’s an intelligent, adult picture which could enjoy modest arthouse success.

Rosa (Maria Ribeiro) is wife to Dado (Paulo Vilhena), mother to two pre-teen daughters and the browbeaten daughter of the formidable Clarice (Clarisse Abujamra). She’s also the cook, cleaner and major breadwinner. She takes care of household admin, she fights the daily battles over homework and television. And Dado, who spends his days flitting about with lithe female environmental activists and collecting tribal tattoos, wonders why they never have sex anymore.

Rosa is already struggling to fulfil the multiple roles of modern womanhood. And then her mother drops a bombshell, and the one identity with which Rosa was comfortable is stripped away. The lunchtime bickering reaches boiling point, with Rosa defending her father, Clarice’s charming, irresponsible ex-husband Homero. Except, as Clarice bluntly reveals, Homero is not in fact Rosa’s father. She was conceived during a business trip to Cuba.

Given the savagery of Clarice’s announcement, which is delivered in front of Rosa’s extended family and calculated to cause the maximum collateral damage, the surprise is not that Rosa vows never to speak to her again but that she changes her mind a week or so later. Clarice has another grenade to chuck into their conversation – the woman is a veritable arsenal of explosive revelations. She has incurable pancreatic cancer. She is at peace with her imminent death, she says, gesticulating grandly with her cigarette. And she expects everyone else to be as well.

The thorny relationship between mother and daughter is dramatically rich, more so perhaps than the sullen, simmering resentments of Rosa’s marriage. In a none-too-subtle piece of symbolism, a pan boils over on the stove while Dado snoozes and Rosa juggles the needs of her children. She finds herself drawn to Pedro, one of the other parents on the school run. And she walks out on the family, temporarily at least, to meet her biological father, now a high-ranking government official.

There’s a sunny, light-filled quality to the picture which brings a levity, even when the subject matter is bleak. The use of jaunty samba on the soundtrack also brings a sense of optimism – although we don’t know how things will pan out for Rosa, we are cued to hope for the best.