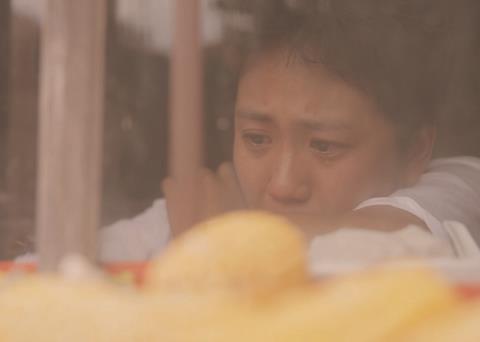 In China, career-focused women who haven’t married by their late-twenties are often referred to as “sheng nu” or “leftover women”, a derogatory term to begin with, and especially so when one considers that many have achieved tremendous professional success in highly competitive sectors. Returning to China after making an impact with their internet addiction treatment documentary Web Junkie (2013), Shosh Shlam and Hilla Medalia follow three “leftover women” who are trying to reconcile the outmoded yet still firmly held expectations of their parents with more individualistic goals. The result is an emotionally complex piece of personal portraiture that intimately reveals the extent to which traditional attitudes still dominate Chinese society regardless of its globalised surface.

Leftover Women will likely generate interest amongst China-watchers through festival circuit exposure and limited theatrical release. However, its broader discussion of gender inequality should gradually attract a wider audience once it hits streaming platforms.

The participants here are all based in Beijing but their individual circumstances have significant differences. Confident and restless, Qiu Hau Mei is a lawyer who has transcended an impoverished upbringing in Shandong - but her family considers her unmarried status to be an embarrassment in their village community. Xu Min is comparatively passive. She works for a public radio station and receives financial support from her affluent parents. However, she must also tolerate emotional abuse from her demanding mother who never finds her suitors to be up to standard. The pragmatic Gai Qi is a university professor who is actually about to be married. Yet shaking off the “leftover woman” stigma comes with a further set of issues since her fiancé is not only younger but of a lower social class.

Aside from some early on-screen text to establish how the negative attitude towards unmarried women has developed as a result of a state campaign to usher women into marriage, the documentary is light on context. This is perhaps an acknowledgment that its primary audience is already well versed on the general topic and wants individual stories, which it fully delivers. In this respect, it supplements Leta Hong Fincher’s groundbreaking academic study ’Leftover Women: The Resurgence of Gender Inequality in China’ (2014), reports by news outlets such as Al Jazeera and Vice, and Roseann Lake’s journalistic take ’Leftover in China: The Women Shaping the World’s Next Superpower’ (2018). Fincher and Lake both receive ‘thanks’ in the end credits of Leftover Women but the documentary leans more towards the former’s argument of discrimination than the latter’s optimistic vision of an empowered consumer class.

The opening scene finds Qiu Hau Mei going to an appointment with a marriage advisor who is quick to put the 34 year-old in her place by insisting that her requirements for a husband – well-educated, respectful of women, and willing to share the household chores – are unrealistic given that she is “not a beauty”. This need to downplay professional accomplishments and accept that she has less decision-making power in the dating pool links her to Xu Min and Gai Qi, but each has their own way of navigating China’s gendered double standard. What they share is family pressure.

For those unfamiliar with the topic or China’s gender politics, the independent lifestyles depicted in Leftover Women may seem mundane at first glance: busy work lives, blind dates, cooking alone, restaurant get-togethers with friends. Yet their increasingly fraught interactions with family members show just how marriage-fixated China’s culture is. Scenes of everyday urban life, like Qiu Hau Mei applying make-up and stridently hitting a nightclub by herself, take on a more political dimension.

As with Web Junkie, Shlam and Medalia operate in observational mode, which enables them to capture devastating parental tirades or Gai Qi’s quiet acceptance as she prepares for her wedding ceremony. It also means that a sense of repetition sets in, occasionally making the documentary feel overstretched at feature length. On the whole, though, this is a moving look at an often over-simplified social phenomenon with a score by Ran Bagnos which alternates appropriately between cosmopolitan jauntiness and pained melancholy.