A visual exploration of a film-maker’s lasting anguish 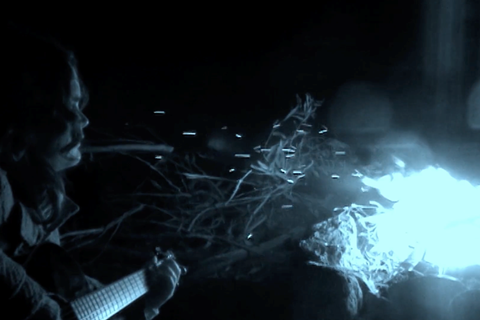 Fragmented, unvarnished and raw, this intensely personal work represents filmmaking as a kind of therapy. Using text, candid footage, animation and sound design, filmmaker Carolina Moscoso confronts a trauma from her past: a violent rape that occurred eight years previously when she was a film student. In order to make sense of something that she struggles with on a daily basis, Moscoso creates an experimental collage of memories and impressions, some of which are arrestingly powerful, and others which may remain enigmatic to all but the filmmaker.

The least ambiguous elements tend to be the most powerful

Moscoso approaches her unthinkable, unsayable ordeal by attempting to create her own cinematic language. And the result is original, mercurial and, at times, impenetrable. This is a film which will best connect with audiences open to creative uses of the documentary medium; audiences most likely to be found at further festivals and on curated arthouse-skewed streaming platforms. Night Shot screens at FID Marseille having won a Special Jury Award at the Valdivia International Film Festival and Best Feature Film at the Nuble National Film Festival.

The picture takes its title – Vision Nocturna is the Spanish original – from the setting on Moscoso’s camera that she uses to illuminate the darkness when she films at night. It’s emblematic of the struggle for clarity which is present throughout. The film is a continual search. Moscoso uses her camera as a diary, and the flat, confrontational facts of her rape, laid out in text on the screen, are juxtaposed with joyful fleeting moments shared with friends. Road trips, impromptu songs, minor arguments about cooking arrangements, encounters with strangers, footage of a close friend giving birth are all cut together with more abstract shots, splinters of beauty found in unlikely places. But there’s also rather a lot of blurry indistinct visual noise which serves little apparent purpose. The audience, like Moscoso, also finds itself searching at times, for form in the chaos and for meaning in the murk. The more experimental footage is given some structure by an interesting, angular score by Camila Moreno, a friend of the director who also appears in the film.

The least ambiguous elements tend to be the most powerful. Moscoso’s memories of the attack and its aftermath are presented simply; from the pertinent details which she shares, her ongoing suffering is implied. One such detail is the fact that the doctor who examined her after the rape initially refused to give her a morning after pill, claiming to be “against abortion”. Moscoso found herself having to plead for emergency contraception and was made to feel so uncomfortable that she left before all the tests had been completed, a decision which would later undermine her attempts to bring her assailant to justice.

Closure is an elusive thing, particularly when legal recourse is denied. But Moscoso meets a healer, Maria Quinelen, who encourages her to explore her anguish through drawing and art. And, using a camera as well as a pencil, that is exactly what Moscoso has done in the making of this film.