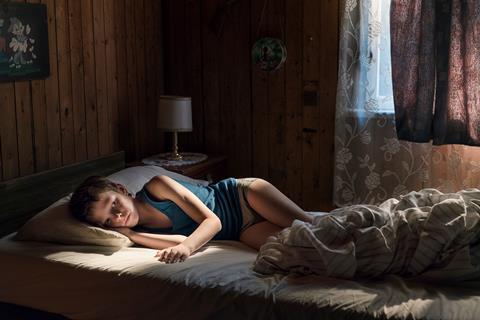 Survival carries a hefty price tag in Rival. The fate of a nine-year-old boy faced with increasingly desperate circumstances becomes the basis of an intriguing, thought-provoking tale. Taut handling from director Marcus Lenz and a noteworthy performance from Yelizar Nazarenko should propel the film along the festival circuit following its Busan world premiere.

Nazarenko never puts a foot wrong as Roman, a picture of freckle-faced innocence who resembles David Bowie as a boy. He captures a complex range of emotions from giddy delight to wilful defiance as he becomes the victim of a confusing, unsettling adult world. His naturalistic, utterly believable performance is the bedrock of the film.

When his grandmother dies, Roman is smuggled from rural Ukraine into Germany where his mother Oksana (Maria Bruni) is an illegal worker. The joy of their reunion is unconfined and only tempered by the fact that he will have to share his mother with her recently widowed sixty-something employer Gert (Udo Samel). It soon becomes clear that Oksana has become more than a live-in housekeeper and nurse to the older man.

Rival sometimes has the feel of a modern fairytale, but Roman’s “rival” Gert doesn’t quite fulfil the role of the wicked new stepfather. The stout, diabetic older man is rather jolly, trying to teach Roman some German and insisting that he be given sweets. His kindly overtures are generally rebuffed by a youngster who only sees his hopes of happiness under threat.

If Gert is shown in a favourable light, then Roman doesn’t always win our hearts. He does try to poison the older man, after all. Lenz and fellow screenwriter Lars Hubrich build a situation in which our sympathies seesaw between the two despite being aware of the unbearable strain placed upon the boy. He is a stranger in a land where he doesn’t speak the language, spends most of his time captive indoors and cannot be sure that his beloved mother has an exit plan. When Oksana falls seriously ill, Roman is forced to rely on Gert, and the situation only deteriorates as the tragedies escalate.

Rival is completely focused on Roman, but his situation does modestly reflect wider issues of exile, failures of communication and the social inequalities of modern Europe. Over the course of the film, Roman is lured by opportunity and crushed by the reality of his situation. The more everything he holds dear is stripped sway, the more primitive he becomes. The film eventually comes to resemble a variation on Lord Of The Flies.

Cinematographer Frank Amann beautifully crafts Rival, contrasting the indoor glow of Roman’s confinement with the outside light. Later outdoor scenes in bright sunlight and billowing mist make the woods seem like an enchanted forest. The thundering, jagged bursts of musical score by Caroline Siegers and Evgueni Galperine enhance the feel of high drama for the overwhelmed Roman.

Rival does lose momentum in its final third as Roman is visited by yet more misfortune. It also has an ending that underlines the child’s regression to a near feral state but doesn’t quite have the impact required. Those caveats could create some commercial resistance for an otherwise accomplished, offbeat coming-of-age drama.