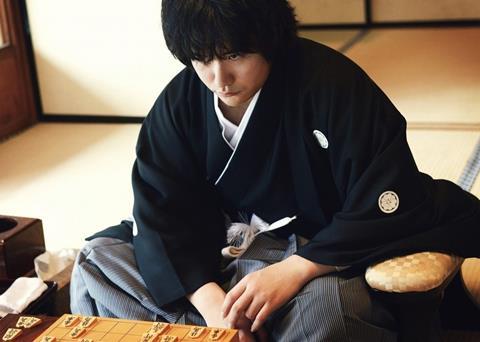 Methodical, passionate, solemn: after spending only a few moments watching a dramatised portrayal of real-life shogi master Satoshi Murayama, all three adjectives come to mind. They apply equally to the respectful film that recounts his brief, obsession-fuelled life — and while styling a by-the-book biopic after its subject mightn’t be new or unique, it suits the eponymous figure. Watching Satoshi: A Move for the Future is just like witnessing the man himself toil over his beloved General’s Game.

It helps that Gantz star Matsuyama never portrays Satoshi as a hero, even if that’s how he’s now perceived

As is to be expected, ample Japanese chess features in this Yoshitaka Mori-directed effort; however it’s the reverence with which the movie is made that might assist it in attracting international interest. In Japan, where Satoshi is well known and where the feature premieres as the closing film at the Tokyo International Film Festival, attracting audiences should be easy; further afield, with its pastime and real-life protagonist largely unheard of, it’s a much harder sell.

Still, a based-on-reality exploration of one man’s resolve to overcome the odds — despite life-long struggles with health issues, and motivated by an unwavering need to prove worthy enough to defeat his idol — remains the same regardless of the specifics it relays. Satoshi: A Move for the Future offers a blatant underdog story, complete with the universal themes that always accompany this age-old type of narrative.

Audiences could be forgiven for thinking otherwise, though, at least as far as Satoshi’s (Kenichi Matsuyama) prodigious playing abilities are involved. After he’s spied sleeping beside a pile of rubbish on the streets of Osaka, he’s soon revealed to be more than just an unfortunate soul in need of assistance. Many worship his talents, both at the local shogi hall and beyond. In turn, he reserves his adulation for experienced champion Yoshiharu Habu (Masahiro Higashide), who he is determined to beat even if it’s his dying deed.

That’s an option here; taking up shogi as a sickly child as a way to pass the time and distract his mind, and subsequently schooled by his supportive mentor, Nobuo Mori (Lily Franky), Satoshi suffers from a kidney disorder. When he moves to Tokyo in 1994 to seek the game’s most prestigious title of Meijin, it’s against his parents’ (Keiko Takeshita and Toshiyuki Kitami) wishes. So too when he continues to play after being diagnosed with bladder cancer in 1997, avoids surgery, eschews his doctor’s advice and keeps pursuing his goal. “Everybody dies someday,” he offers. “What concerns us right now is our next move.”

Such obvious, inspirational-leaning dialogue remains a feature, as it often does in cinematic retellings of intrepid sporting pursuits, and befitting the tragic fact that Satoshi died at the age of just 29 in 1998. And yet, while even those unacquainted with the details will guess where the film is headed, third-time helmer Mori (Space Brothers, 108) adapts Yoshio Osaki’s non-fiction book with the requisite earnestness.

It helps that Gantz star Matsuyama never portrays Satoshi as a hero, even if that’s how he’s now perceived. In his hands, the shogi prodigy is awkward yet intense, but more than simply a misunderstood, socially inept genius or an ailing beacon for movie-of-the-week-style sympathy. A late moment shared with Higashide, as their rival players converse over a meal, perhaps demonstrates this best; it certainly offers Matsuyama the most prominent opportunity to showcase the subtleties of his range. In support, Hirokazu Koreeda veteran Franky also stands out, adding another finessed role to his resume.

Technical credits are solid, if far from showy — although again, Mori matches his approach with his material. Together with award-winning cinematographer and Takeshi Kitano regular Katsumi Yanagijima, he plunges his on-screen figures into a seemingly plainly shot world filled with softness and texture. Over time, Satoshi’s imagery builds to become modestly affecting, much like the entire movie.