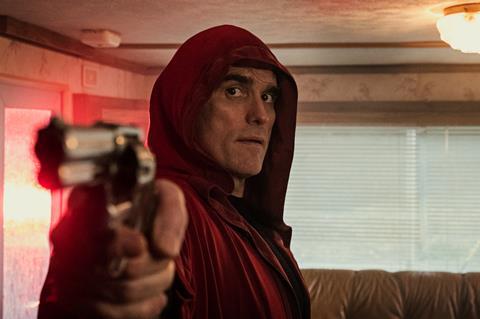 Is killing an act of destruction or a work of art? And what if the same question was applied to filmmaking? Lars von Trier’s fascinating, confounding, decidedly mixed The House That Jack Built is propelled by these issues as the director/provocateur traces the misadventures of a serial killer — and if audience members want to presume that von Trier is projecting aspects of himself into his protagonist, he won’t disabuse viewers of that notion.

Jack wrestles with the very nature of killing, which is depicted as essential a part of life as love or art.

Wielding the same grim power as his most obsessive, tormented work, Jack is deeply embedded within its creator’s psyche, and while the results may be cathartic for him, the movie is only intermittently arresting for the rest of us.

Screening out of competition at Cannes — the first time von Trier has returned to the festival since his inflammatory comments at the 2011 edition, which temporally got him labelled “persona non grata” — Jack will be manna to his fans, featuring all the risk-taking and bleak themes that have been his trademarks. Star power from Matt Dillon and Uma Thurman may expand the film’s visibility, but a gruesome two-and-a-half-hour portrait of a psycho killer has inherent commercial limitations.

Set in the US and chronicling five separate “incidents” in the life of Jack (Dillon), the film details a handful of the more than 60 killings this strange loner has committed. Speaking to an unseen character (Bruno Ganz), who might be Jack’s therapist or confessor, this antihero walks us through his murders, occasionally digressing to speak about matters ranging from the genius of Glenn Gould to his philosophy on why he considers killing to have artistic value.

Dillon proves to be an intriguing, if not entirely satisfying, Jack. The veteran actor has the anxious, edgy stillness necessary for the role, but he is sometimes let down by von Trier’s desire to leave his protagonist mostly opaque. Jack provides us with glimpses of the character’s backstory, but not every “incident” — which each dramatise a specific killing — has a novel or gripping payoff. One suspects that this withholding may be by design, and also an invitation to see von Trier as Jack’s bogeyman doppelganger, but the character’s enigmatic nature starts to feel like a blankness rather than a riveting mystery to solve.

Beyond mere psychological study, Jack wrestles with the very nature of killing, which is depicted as essential a part of life as love or art. Along the way, the filmmaker also launches his latest broadside against America’s penchant for indiscriminate violence, pairing that critique with an acknowledgement of his own obsession with humanity’s darker nature. And while the boldness of his conflicted, self-conscious vision can be striking — are directors actually killers, hunting down and slaying their muse? —there’s something glib about choosing such ghastly subject matter for esoteric musings, no matter how personal they may be to von Trier.

That said, Jack’s grip remains steady, even if what we’re watching isn’t always spellbinding. A brief encounter with one of Jack’s victims, played by a blithely unaware Thurman, has a lot of build-up without much payoff. By contrast, there’s a terrific sequence involving Riley Keough, who portrays a possible love interest who has no idea what she has in store with Jack. Her character is about the only victim who is given adequate shading, and so her terror doesn’t just feel academic — there’s real tragedy to her demise.

In between the murders, Jack and his unseen conversational sparring partner debate weighty issues and try to get to the bottom of Jack’s compulsion. But where these dialogues initially seem like intellectual palate cleansers, eventually it becomes clear that they will ultimately take centre stage, providing grist for Jack’s thematic summation. The two men’s debates can be thought-provoking, but not to the extent that von Trier believes them to be.

For such intrinsically gory material, Jack is actually relatively restrained, never quite reaching the squeamish highs (or lows) of an Antichrist. But even when von Trier isn’t at the height of his conceptual powers, his mind continues to race, incorporating chapter headings, bizarre pop-culture references, and cheeky inclusions of his previous films. And then for Jack’s last reel, he delivers another of his patented go-for-broke, grandiose finales, exploding our conception of everything we’ve seen before. Like most of Jack, the ending doesn’t altogether succeed, but it’s hard to dismiss. Lars von Trier remains mesmerising, even when he doesn’t quite kill it.