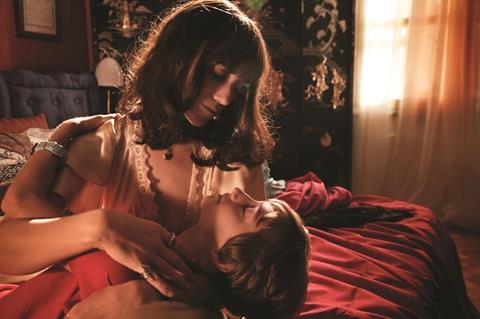 Why should Xavier Dolan have a monopoly on film as therapy? Italian actress-director Asia Argento, the daughter of horror-meister Dario, shows that she too is capable of working through some serious parental resentment issues in her third feature. Or perhaps it’s all fiction?

One of the pleasures of Misunderstood is the acid-tinted picture it paints of its two parental antagonists, dad a blonde-highlighted, perma-tanned genre-movie leading man in the style of Giuliano Gemma, mum a concert pianist of the rockstar variety.

The film’s title is a nod to Luigi Comencini’s 1967 classic Incompreso –  also entitled Misunderstood in English – but this is an entirely different beast. And quite a lively one. For despite the ring of self-pity in the name and the low expectations created by the overwrought punk melodrama of Argento’s previous two directorial outings, this episodic 1980s-set drama is fairly engaging.

It’s tough and brash at times, and it lurches towards caricature at a couple of points, but it’s kept on course by its passionate identification with its central character, a nine-year-old girl shunted back and forth between a separated mother and father who are not so much cruel as monstrously self-centred. Which, the director seems to suggest, comes to the same thing in the end.

Some of the credit for the sass and fizz should go to juvenile lead Giulia Salerno, who plays pass-the-parcel daughter Aria (just a letter away from Asia) not as a victim but as a smart, creative girl with attitude, who most of the time bounces back from adversity. Italian audiences will also respond to the casting of TV heartthrob Gabriel Garko as the father, while Gainsbourg – who plays the boyfriend-collecting mother – should exert some leverage in France. But Misunderstood (Incompresa) may struggle to score deals outside of these two co-production territories, as it’s perhaps a little too unclassifiable for most arthouse distributors.

One of the pleasures of Misunderstood is the acid-tinted picture it paints of its two parental antagonists, dad a blonde-highlighted, perma-tanned genre-movie leading man in the style of Giuliano Gemma, mum a concert pianist of the rockstar variety. When we first meet Aria they’re already at each other’s throats, and soon enough the shouting matches and domestic target practice translates into a separation, with Aria’s two older half-sisters going to live with their respective natural parents, with the eldest, pudgy princess Lucrezia (Poccioni), ickily close to daddy.

This leaves Aria –the only one of the three actually born of this union – without a default home. And she never finds one, wandering back and forth between mum’s place and dad’s with her things and a cat in a cage whenever the former fancies an exotic holiday with one of a series of paramours, or whenever the latter has a film to shoot. Neither mum nor dad are all bad; like true artists, they alternately shower her with affection, freeze her with disdain or simply ignore her. School brings Aria academic kudos and best-friend-forever Angelica (Pea), but it too has a cruel side to it.

Colours, costumes and interiors nail the spirit of 1984, a year that teetered between New Romantic rococo and post-punk Gothic – with some of the hippy head trips of the parents’ generation thrown into the mix. The soundtrack – which features a specially-composed piece by Argento’s friend Brian Molko from Placebo among other new and period material – underlines the film’s half-jaunty, half-uncomfortable tone.