The Strange Colour Of Your Body's Tears 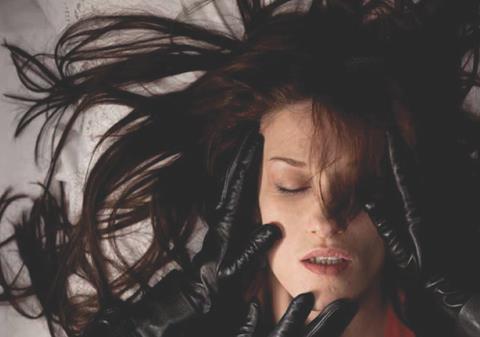 It would be something of an unnecessary overstatement that say that The Strange Colour Of Your Body’s Tears (L’Étrange Couleur des larmes de ton corps) is an example of style over substance, quite simply because co-directors Bruno Forzani and Hélène Cattet are well aware of that fact, and simply seem to relish the barrage of colours, images and styles that make up their new film.

Cinematographer Manu Dacosse deserves praise for his striking imagery, and while often the sequences are bloody and brutal they are never less than disturbingly beautiful.

With its lush blend of Kafka and giallo, it has the phrase ‘cult film’ written all over it, and while it had its premiere at the Locarno Film Festival, its most likely future life will be at genre festivals and with distributors who know how to market its often psychedelic and mesmerising strangeness.

It is a beautifully assembled film, packed with arresting images, stunning production design and baffling moments, but while it offers blood, strangeness and bold surreal moments it is also remarkably lacking in any emotional impact. There is a lot going on, but not a great deal happening.

A strange, shadowy, elderly woman in an apartment upstairs tell him about a ‘presence’ lurking in the walls of the building, and so Dan about trying to unravel the mystery and look for clues as to the whereabouts of his wife.

Directors Helene Cattet and Bruno Forzani’s last film, 2009’s Amer, was also an homage to the visceral and colourful pleasures of Italian giallo, and with The Strange Colour Of Your Body’s Tears there is plenty of attention paid to a vibrant and vivid music score and sound mix (at times a little to manipulatively histrionic) to bring out the best in the bloody and at times violent images. But cinematographer Manu Dacosse deserves praise for his striking imagery, and while often the sequences are bloody and brutal they are never less than disturbingly beautiful.