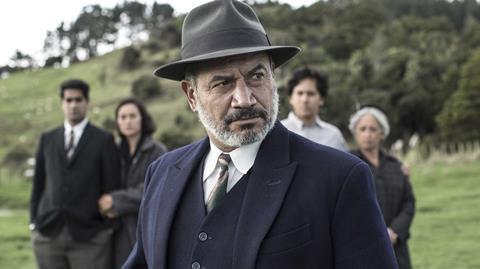 Were it not for the spectre of sexual violence and cancer, Lee Tamahori’s overblown Maori pot-boiler could double as feature-length travel advertisement for the verdant beauty of rural New Zealand. This 1960s-set soap opera is filtered through sun-dappled nostalgia; there’s so much soft focus that you start to wonder if there is something wrong with your eyes.

Based on a novel by Witi Ihimaera, The Patriarch (Mahana) shares the same sentimentality as his best-known nbook, Whale Rider, which was adapted into a film in 2002. But while the child protagonist and a decorative garnish of magical realism made Whale Rider a viewing option for a family audience, Mahana combines a lack of storytelling sophistication which will be off-putting for adult viewers with some thematic elements – rape for example – which make it unsuitable for children. As such, it’s difficult to work out at whom the picture is targeted. Commercial prospects outside of New Zealand would seem limited.

Tamahori’s first film to be set in his native New Zealand since Once Were Warriors in 1994, Mahana is the tale of a pair of warring clans set against the backdrop of the 1950s and 60s. The Mahanas are ruled over by the autocratic patriarch bully, Grandfather Mahana (Temuera Morrison, who also starred in Once Were Warriors).

Grandfather is quick to predict the wrath of God for minor infractions such as tardiness, inept wood-chopping, frivolous fashion sense and long hair on boys. His grandson Simeon (Akuhata Keefe) is guilty of all of this and more. And it turns out that the wrath of God is nothing compared to the wrath of Grandfather Mahana, who banishes Simeon’s entire branch of the family when a dinner table argument gets out of hand.

When they are not feuding between themselves, the Mahanas have a longstanding grudge against a rival family, the Poatas. Simeon assumes, like the rest of the younger family members, that the bad blood is somehow sheep-related – the Mahanas and the Poatas battle for yearly supremacy at the Golden Shears sheep-shearing competition. Then he finds a convenient plot device – a photograph of his grandmother as a young woman, arm in arm with the Poata patriarch, Rupeni (Jim Moriarty).

A glimpse into the world of competitive sheep-shearing notwithstanding (the film boasts New Zealand celebrity shearers Sam and Emily Welch as consultants), there is little here to distinguish this production. The film is wallpapered with overwrought music – at one point a character sings to her (obviously CGI) bees. Plot points are as glaringly unsubtle Grandma Mahana’s facial tattoos and the film’s climax – a graveside Haka followed by some fairly lurid revelations – strikes a particularly uneasy note.