'The Summer Of Frozen Fountains': Review 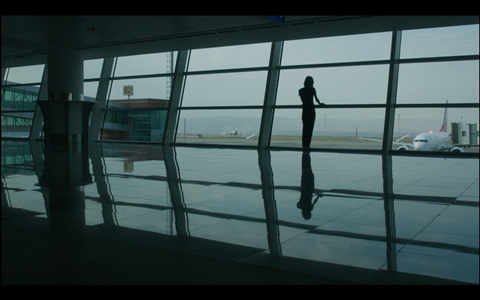 There’s a scene towards the end of this tapestry of tales woven together over three days in the Georgian capital city: a pair of characters have a wistful exchange at an airport security desk. Written prominently on the front of the desk is the logo “Tbilisi: the city that loves you.” The camera lingers pointedly on the words to make sure we get the message: Tbilisi is most certainly a principal character in this story, and love is undoubtedly the main theme.

Although this is a bit of a simplification of an ambitious, multi-stranded, multi-location production, there are times when it feels as though we are watching a state-sanctioned tourist information movie. “Like everyone, I’m looking for paradise on earth,” say Irishman abroad Brian. Cue a montage of scenic twinkling lights, postcard vistas and impromptu outbreaks of singing.

That said, the unashamed romanticism of the material and the genuine charm of the city should ensure festival interest. Whether the film’s amiable, occasionally whimsical tone will appeal to international audiences beyond the festival circuit is less certain. The Summer Of Frozen Fountains screens in the Main Competition of the Tallinn Black Nights Film Festival and as part of the festival’s Focus on Georgian Cinema strand.

Romance is the glue that gums these disparate stories together, and much of it is illicit. A father takes advantage of his TV presenter wife’s many business trips to conduct the latest of a string of affairs, this time with his downstairs neighbour. His thirteen-year-old son Nick retaliates by repeatedly letting the air out of the tyres of the other woman’s car.

Across town Gio’s relief that his wife has escaped relatively unscathed from a car accident turns to anguish when it becomes clear that she was having an affair with the colleague who was with her in the car. And Nick is caught in the throes of first love with a girl who happens to be the daughter of one of his father’s past conquests.

Meanwhile, Irish photographer and journalist Brian meets Annie when he visits her father, a veteran photographer who documents Tbilisi from the balcony of his apartment. The tentative romance that develops between Brian and Annie is the least convincing element of the film. He waxes lyrical about her ‘extraordinary smile’; she gives tight-lipped grimace that looks more like the prelude to an hammer-attack than a kiss. Brian has more convincing physical chemistry with the bottle of beer he nurses on his hotel balcony than he does with Annie.

Another dubious decision is the inclusion of the Georgian equivalent of a Greek chorus: a trio of men who provide a wry commentary on the neighbourhood’s events from their place on a nearby bench. One of the also contributes harmonica noodling which serves as bridging music between scenes. This is just one of several fairly ill-advised soundtrack choices in the film.

The symbolism of the frozen fountains of the title is rather crowbarred into the story. Characters will pause for no apparent reason and recall the bitter winter when the city’s fountains froze – the imagery is presumably meant to evoke the pivotal climax of each romantic strand, after which the ice melts and life flows on again.