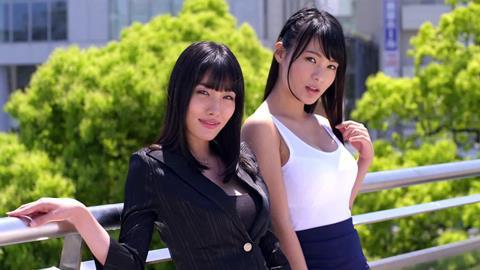 In the unapologetically prurient latest film from the prolific Japanese director Sion Sono (his fifth feature this year) a character shoplifts an adult magazine using telekinesis. The name of the publication – Boob Fiesta – might just as well serve as an alternative title for this movie. Sono’s twin fascinations with knockers and knickers risk over-exposure in this relentlessly silly sex comedy.

Any film with this much nubile flesh on show and such a dauntless commitment to lowbrow humour will no doubt connect with a receptive audience, and fans of Sono’s up-skirt photography opus Love Exposure will find much to appreciate here. However the overlong running time, the flaccid plotting and the fact that the laughs are as likely to come from embarrassment as they are from real comedy might hinder broader commercial prospects.

The film shares a central premise with the British television series Misfits. An unspecified cosmic event one night leaves a group of young people with special powers. According to the psychic researcher who turns up to dispense some much-needed exposition, only virgins who were sexually aroused at the time of the event have been affected.

Schoolboy nerd Yoshiro (Shota Sometani) was scrolling through his mental rolodex of local totty with tissues at the ready – a neat way to introduce us to the impossibly cute female supporting cast members. And the following morning he finds that he has the ability to hear the invariably smutty thoughts of everyone around him.

A classmate, Miyuki (Elaiza Ikeda), is similarly affected. The telepathic bickering between the two leaves us with no doubt about the nascent attraction that simmers. Yoshiro, however, is in the throes of an unrequited infatuation with Sae (Erina Mano) daughter of the psychic researcher. This mainly manifests itself in a lot of inarticulate stammering and a bristling clutch of erection gags. He is convinced that she is the woman of his life, that they are destined to be together after forming a mental connection before birth, when their mothers sat next to each other in the hospital.

The researcher, whose buxom assistant has her own gift – the ability to foresee the future of anyone who ogles her assets – warns the newbie psychics that they must band together. Evil psychics are plotting nefarious, nudity-based mischief which might just cause the end of civilisation as we know it.