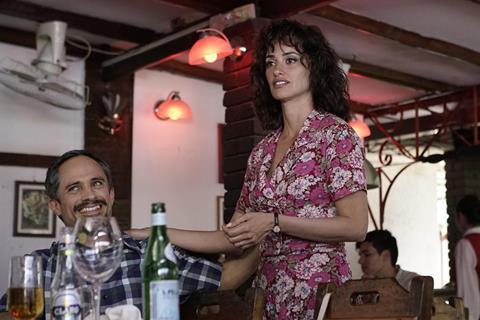 Not so much a classic spy story as a ramble through the narrative undergrowth of a true-life Cuban espionage network, the latest film from the prolific Olivier Assayas’ makes for a genial, lolloping ride, but it’s also one that will frustrate those with little patience for the script’s casual attitude to coherence. An adaptation of a Brazilian journalist’s non-fiction book about a group of loyal Cubans who pretended to flee their country in the 1990s in order to infiltrate anti-Castro organisations in Florida, Wasp Network borrows some of its themes, moods and methods, alongside lead actor Edgar Ramirez, from the director’s five and a half hour long international terrorist biopic Carlos. But it’s a poor cousin of that sprawling epic, in everything from period detail to the mix of pop tracks that accompany the film’s fast-forward montage sequences.

Politically, Wasp Network – which was shot primarily on location in Cuba, with full support from the government – toes an ambivalent line

While Carlos lived a dual life as both outsize feature and three-part TV miniseries, Wasp Network might have been better conceived as a series from the start. So many characters, conspiracies and plot twists are introduced in the course of the two-hour film that we watch it, if we’re in generous mood, with a kind of resigned acquiescence.

Still, there’s a verve and pep to the exercise, which is shot by Yanick Le Saux and Denis Lenoir in a lively style with extensive Steadycam sequences. Assayas also clearly relishes the table-turning premise (Cuban spies in America!), and his schoolboy enthusiasm may rub off enough on Cuba-loving audiences to lend Wasp Network some modest theatrical traction, and also propel it, sooner or later, to a streaming or TV berth.

The cast won’t hurt those prospects either. In the film’s dominant story skein, Ramirez plays René González, a Cuban flying-school pilot who one day borrows a plane and defects to Florida, without saying a word to his wife Olga. Engagingly played by Penelope Cruz as both feisty and vulnerable, Olga is forced to carry on living in Havana with young daughter Irma (Osdeymi Pastrana Miranda), angry both with her husband and with those who brand him as a traitor, even though she has no evidence that he isn’t. We know better. René is actually one of around 30 operatives sent by Havana as part of la Red Avispa, the ‘Wasp Network’, to provide the Cuban regime with information about the activities of Miami-based associations like CANF or PUND (you need to brace, brace for acronyms in this movie) which are dedicated to the overthrow of Castro, the search and rescue of Cuban refugees at sea, and, in the case of PUND, a little drug-smuggling on the side.

A handful of Wasp operatives are named in a hasty montage sequence, only to be forgotten about until the end of the film. Alongside the quiet, affable, lovelorn René, who soon finds work flying migrant-spotting planes for CANF (which is bankrolled by a wealthy Cuban-American businessman), two other main characters emerge from Wasp’s wings. One is the dashing, self-absorbed Juan Pablo Roque (Wagner Moura), another pilot who fled Cuba by swimming to Guantanamo bay and ends up enriching himself by combining flying missions like René’s with a lucrative gig as an FBI informer.

The other is the commander of the Wasp Network, Gerardo Hernandez (Gael García Bernal), a likeable chap with a penchant for Hawaiian shirts who is introduced oddly late on in proceedings – at which point Assayas suddenly feels the need to tell us, via onscreen captions, exactly when each of the three men arrived in Florida. By this stage in an increasingly florid plot, such ‘helpful’ labels feel a little like tails pinned on a moving donkey by a man wearing a blindfold.

Politically, Wasp Network – which was shot primarily on location in Cuba, with full support from the government – toes an ambivalent line. It charts the anti-Castro opposition’s involvement in drug smuggling and a 1997 terrorist attack in Havana that led to the death of an Italian tourist, but also shows, with some gusto, the Cuban military downing two light planes sent by CANF in February 1996 to drop leaflets over Havana, with the loss of four crew members. Only in one single brief scene is the regime’s brutality to opposition within Cuba shown, while Fidel Castro himself appears in archive TV footage at the end, defending Cuba’s right to use espionage to protect its national integrity.

Wasp Network is more involving and sincere when it comes to the human cost of spying missions, especially on families and partners. Cruz’s character is in a way the film’s bedrock as she deals first with the idea that her husband is a selfish betrayer of her and their homeland, then with the news (imparted to her by Hernando years later) that he is in fact a national hero, then with the difficult process of emigrating to Miami with her daughter to join her husband, then with the mixed emotions of the reunion and finally, a few years later, with René’s arrest by the FBI and twelve-year incarceration.

Ana de Armas lends some minor-key harmonies to this strand as Roque’s trophy wife, married at a glittering Miami society wedding then abandoned months later when her husband defects back to Cuba and tells a state TV interviewer that the one thing he really misses there is his Jeep Cherokee.

Why Assayas didn’t simply pick out the René-Olga-Irma story and make the film about that is a mystery: as it is we merely glimpse an interesting painting of three people, father, mother and daughter, through a blurry fresco with a cast of dozens.

Screenplay: Olivier Assayas, based on the book ‘The Last Soldiers of the Cold War: The Story of the Cuban Five’ by Fernando Morais