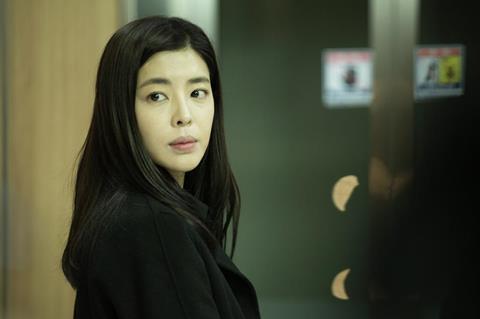 Following a number of disappointments in recent years such as Hanji (2011) and Beyond The Years (2007), the veteran and prolific South Korean filmmaker Im Kwon-taek returns to form with his 102nd film Revivre. Although he remains committed to conveying parts of Korean culture, his latest feature appears to be an attempt, and a successful one, to bridge this desire with a less realist aesthetic, but does so in a form that retains his strong craftsmanship.

With 102 films now included in his filmography, Im’s Revivre is perhaps not amongst his strongest work, but it nevertheless, arguably, remains his biggest achievement since Chihwaseon, at least in terms of its artistic quality.

Over the years, Im has found it more difficult to find a mainstream audience in Korea despite the reputation he holds as highly regarded filmmaker and while Revivre won’t encounter the level of success he has experienced at certain points during his career, the film, which explores bereavement, local working culture, temptation and the difficulties once faces when nursing a loved one could find an audience he has struggled to find over the last decade or so.

Internationally, following the screenings in Venice, Toronto along with a gala presentation at the Busan International Film Festival, the film should continue to have a healthy festival run reflecting not only his stature as a filmmaker, but also the fact that he is back making films closer to the standard he’s so often associated with.

One of Im’s narrative traits is to adopt a non-linear narrative and disrupt the timeline, and so the film begins by revealing the death of a respected company Vice President’s wife who had been suffering from a brain tumor, but soon goes back in time to when the wife was diagnosed, and the unwavering care he diligently administers to her as his wife’s condition worsens.

The successful executive called Oh Sang-moo (Ahn Sung-gi) also manages to continue with his duties at the office – a cosmetics company – but there he begins to develop feelings for a newly recruited female employee Cho Eun-joo and struggles to suppress them.

The film moves back and forth in harmonious fashion as Im powerfully depicts Song Yun-hee’s script that is based on Kim Hoon’s award winning short story Hwajang, which in Korean has a double meaning: Cremation and cosmetics, which is inferred to throughout the film.

For Im, Korean culture has invariably been a part of his films, and so the film makes reference to Korean funerals both in the traditional and contemporary setting, and he also seeks to highlight the Buddhist element that also characterises many of his features, but Im is careful to ensure the narrative moves at a steady pace.

This in part due to his choice to refrain from adopting his long take that allows the film to have a faster rhythm, thus perhaps acknowledging the need to engage with a wider demographic, but this doesn’t take anything away from Im’s authorship as evident in his overall narrative structure and the themes he tackles.

The collaboration between Im and actor Ahn Sung-gi, who has worked with Im in films including Chihwaseon (2002) and Festival (1996) appears to be an especially fruitful one given that Ahn again delivers a perfectly calculated performance under Im’s direction as the film’s central character while the supporting roles are also handled very competently by Kim Qyu-ri and most notably Kim Ho-jung who plays the wife.

With 102 films now included in his filmography, Im’s Revivre is perhaps not amongst his strongest work, but it nevertheless, arguably, remains his biggest achievement since Chihwaseon, at least in terms of its artistic quality that should help it travel, and while local prospects remain uncertain, audiences should respond more enthusiastically, at least compared to his more recent films.

Screenplay: Song Yun-hee, based on the short story Hwajang by Kim Hoon