The British comedian will star in the Mass Animation, Huayi Brothers Media Corporation, Flying Tigers Entertainment and GFM Films animation that GFM is touting at the AFM. 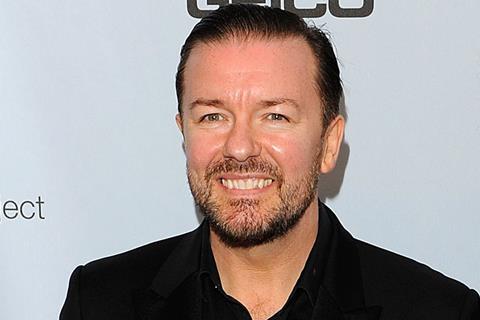 Gervais, who recently signed a deal to host his fourth Golden Globes ceremony in January, will voice the villainous Ika Chu, a cat who plans to rid the town of Kakamucho of its feline inhabitants.

Previously announced Michael Cera will voice Hank, a dog who dreams of becoming a heroic warrior and must save his community.