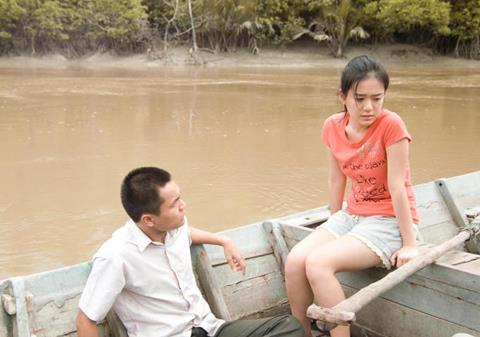 The title may hint of action and even adventure, but in truth the strikingly titled River Of Exploding Durians (Liu lian wang fan) doesn’t even feature many exploding durians (the durian is a Malaysian fruit) let alone much in the way of out-and-out action. Instead it is a mannered and ambitious drama about young Malaysians caught up in political activism.

Though loosely based on the true story of a Malaysian town’s protest against a nearby potentially radioactive industrial facility, the script feels free-flowing and improvised, with the gentle drama designed to prod and provoke local audiences rather than be a clarion call for protest.

The film, which had its world premiere at the Tokyo International Film Festival is nicely made by writer/director Edmund Yeo and while it struggles to find the right sense of pacing and story flow (perhaps because he also edited) it has some keen art house credentials and reflects a new young independent cinema in the region. Further festival exposure is highly likely.

Yeo is happy to let his interweaving story meander – river images abound, perhaps intending to hint at drama beneath these still waters – as she charts the stories of three female characters all linked by high school youngster Ming (Shern Koe), set against a backdrop of unrest and slowly rising tension in Malaysia.

The story strands involve Ming’s love for childhood friend Mei Ann (Joey Leong), a local girl who is being forced into a marriage with an older man, but who also loves someone else; his friendship with schoolmate Hui Ling (Daphne Low), who is organising a petition against a nearby industrial plant which may be behind fish and locals getting ill, and the involvement of idealistic school teacher Lim (Taiwanese actress Zhu Zhi-ying), whose obsession with the rare earth plant sees her head down a darker and ultimately more violent path.

There are off-screen explosions to be sure, but on the whole the story moves at a gentle pace, preferring low-key and subtle drama to permeate rather than dominate the story, and even when it hits moments of high drama towards the climax even those moments are restrained rather than shrill and angry.

Though loosely based on the true story of a Malaysian town’s protest against a nearby potentially radioactive industrial facility, the script feels free-flowing and improvised, with the gentle drama designed to prod and provoke local audiences rather than be a clarion call for protest.