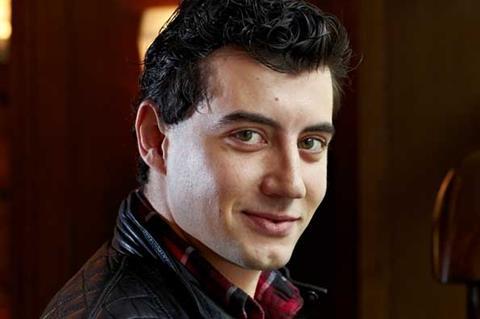 After a career in football was ended by injury, Jack Gordon decided to pursue a future in acting. And he has not looked back. He went straight from school to the Royal Academy of Dramatic Art (RADA) which, he says, “grounded my talent and made me more aware and less erratic”. Since he graduated in 2008, Gordon has shined on stage and screen, most recently in War Horse at the New London Theatre as well as small roles in Gurinder Chadha’s It’s A Wonderful Afterlife, Andrea Arnold’s Fish Tank and most notably a scene-stealing turn in Philip Ridley’s Heartless. “I’ve always been a bit of a dreamer and acting lets me play with that,” says Gordon. Now building a small army of fans among UK casting directors, this versatile actor - he can do funny as well as serious - is about to finish a run at London’s Gate Theatre in Lulu and is juggling several film roles. “I want to take risks,” he says.