After three years in which it has struggled to define its place on the international calendar, the Rome International Film Festival has charged Gian Luigi Rondi and Piera Detassis with upgrading the event. 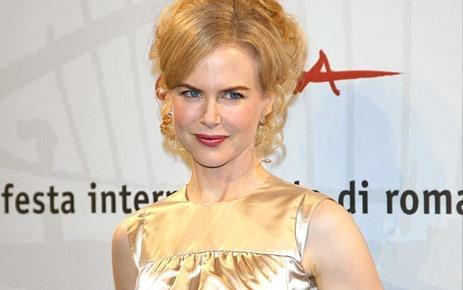 For its first two years, the Rome International Film Festival enjoyed the moniker “festa”, the Italian word for party. But for its third edition in 2008 it reverted to “festival” and now a new management team is working to build Rome up into a serious international event.

Approaching its fourth edition (the festival runs October 15-23), the new team is led by president Gian Luigi Rondi and artistic director Piera Detassis. Armed with a substantial budget of $17.7m (funds peaked at $23m in 2007) their focus is squarely on reinforcing the festival’s position - at home and abroad.

In Italy, that isn’t always easy. The festival nearly fell by the wayside last year when Gianni Alemanno was appointed the mayor of Rome. He replaced Walter Veltroni, a cinephile and one of the festival’s original driving forces. Alemanno made no attempt to hide his animosity to the event.

This motivated the festival’s then president Goffredo Bettini, an Alemanno political rival, to place a call in a deal that included ceding his post — and saving the festival.

“Rondi was very important as a point of balance. He is a person of enormous prestige and equilibrium — hemanages to keep the pressure out and at the same time doesn’t let it show.”

That call was to Rondi. At 87 years of age, understandably Rondi didn’t jump at the job. Not because he’s retired, but simply because he’s busy. “I had — I do have, a lot to do,” says Rondi from his elegant Parioli home. But with “cinema” his self-declared “mission,” he naturally acquiesced.

Film critic Rondi’s industry reach goes so deep he was first on Venice’s jury in its 10th edition. He has held numerous key industry posts including president of the David of Donatello awards (ongoing), vice president of Cinecitta (1990-93), president of the Venice Biennale (1993-97) and artistic director of the Venice film festival (1983-86). He counts time spent with Charlie Chaplin, for whom he coordinated the 1972 Venice Career Lion and retrospective, as “perhaps his fondest memory,” of a lifetime among cinema’s greats.

“Rondi was very important as a point of balance,” says Detassis, who was promoted by Rondi to artistic director from her previous role as curator of the festival’s premiere section. Also editor of Ciak — a monthly film glossy —Detassis divides her time between Milan and Rome. “He is a person of enormous prestige and equilibrium — he manages to keep the pressure out and at the same time doesn’t let it show.” Case in point, Rondi convinced Alemanno to present Rome’s audience award at last year’s festival.

Looking forward, both believe teamwork and Rome’s sturdy Cinema Foundation will keep the festival afloat. “I am working hard to create a real team and build something that can have a future,” says Detassis. (Five co-directors originally led Rome but amid last year’s confusion Giorgio Gosetti and Teresa Cavina both stepped down.)

Operating with a single artistic director is not the only change. Rondi’s innovations for 2009 include the creation of a second international jury in addition to the audience jury (Rome’s $200,000 prize money will be split between the two). “I believe in prizes, it’s no coincidence I’m with the David di Donatello’s,” he says.

“A prize awarded by an important international jury provides some guarantees,” he adds. “It makes the possibility of discovering a new auteur meaningful,” agrees Detassis.

In three years, Rome’s programming coups include the world premieres of Steven Shainberg’s Fur (complete with star Nicole Kidman on Rome’s first-ever opening night red carpet) and Francis Ford Coppola’s Youth Without Youth as well as notable European premieres of Toronto titles. In 2007, Juno won Rome’s competition, giving the film its first substantial prize. But other top prize-winners, such as Kirill Serebrennikov’s Russian comedy
Playing The Victim, have largely fallen off the radar.

“I believe in prizes, it’s no coincidence I’m with the David di Donatello’s.”

Significantly, out-of-competition titles have gone on to make serious inroads at the Italian box office. Last year, a world premiere screening of 20 minutes of footage from Twilight, with director Catherine Hardwicke and stars in tow, helped the film go on to make $15.4m for Eagle Pictures to become the ninth-highest grossing film in Italy last year. Martin Scorsese was in town for the European premiere of The Departed the year before and the film went on to gross $13m for Medusa. The same year, Sean Penn and Emile Hirsch were on hand to introduce Into The Wild and the film grossed $7m for BIM Distribuzione.

It will take time, but revamping the main competition is on the agenda. “I try to convince everyone to be in the competition, and hope to have two or three big films so I can begin to build a new vision of the competition,” Detassis says.

How this will work out is yet to be seen. With distributors squeezed by the financial crisis, monitoring every aspect of festival deals will be key.

And, of course, there are other festivals to choose from. “Venice is an important brand, we can’t compete,” says Detassis. “But we are a very important festival in a city that is different. They are a citadel of cinema… we are friendly and lighter and can put Hollywood and mainstream together in a different way. For me, friendly is very important. We are more ‘friendly’ than Venice or Cannes. We don’t have the same goal. We are younger and we can be younger, less classic.”

“We hope to show not only Italian films sold by Italian agents but many sold by the French, UK or even US. I hope they will be happy to show in a programme dedicated to the full panorama of the Italian production.”

For his part, Rondi says he is reaching out — to London, often squeezed in by attendees before or after Rome, a point yet to be worked out, and in Cannes he met with representatives of the Marché du Film “for an exchange of opinions”. Venice director Marco Müller extended a lunch invitation to Rondi at the recent David di Donatello awards, hopefully signalling the advent of a warmer relationship between the two organisations.

Where Rome has some advantage over Venice is Rome’s informal Business Street market, managed by producer and distributor Roberto Cicutto, who also heads the newly formed entity Cinecitta Luce. He says: “My dream is that people start to consider a European market that lasts 12 months a year. A market where you screen movies, buy them and then get out doesn’t exist anymore.”

With a budget of between $1.6m-$2m, the market is held at Via Veneto’s Hotel Bernini Bristol. Cicutto is also revising the remit of the Italian screenings. “We hope to show not only Italian films sold by Italian agents but many sold by the French, UK or even US. I hope they will be happy to show in a programme dedicated to the full panorama of the Italian production.”

To increase festival-market synergy, Cicutto has secured the 16th century Villa Medici during Business Street (October 15-19), where film delegations, buyers, producers and talent can mingle over dinner and dancing.

And while the line-up will not be finalised until the summer, true to form Rome has secured some big names: Milos Forman as jury president, and Meryl Streep, who will be in town to receive the festival’s Marco Aurelio lifetime achievement award.

When asked about the reports that Rome has a “cash for stars” policy, Rondi is characteristically candid. “We have important funds … but it isn’t that to get ‘a De Niro’ we pay him… And no private flights.”

And why bother when word of mouth works so well? “Al Pacino told me Robert De Niro spoke well about the festival,” recalls Rondi. “And [Pacino] said: ‘I am happy to come here because I get to enjoy this city.’” (Pacino attended in 2008 to pick up a lifetime achievement award on behalf of the Actors Studio, while De Niro enjoyed la dolce vita in 2006 while promoting a Tribeca-Rome collaboration.)

So will there be another flashy opening a la Kidman, Cate Blanchett (in town for Elizabeth: The Golden Age in 2007) or Pacino? “For now, I have a strong closing [film],” is all Rondi will say at this point.