As part of its Shakespeare Lives 2016 project the British Council plans to export 18 of the bard’s UK-produced films to 110 countries, including a Kurdish refugee camp in Iraq. Briony Hanson, director of film, British Council explains more… 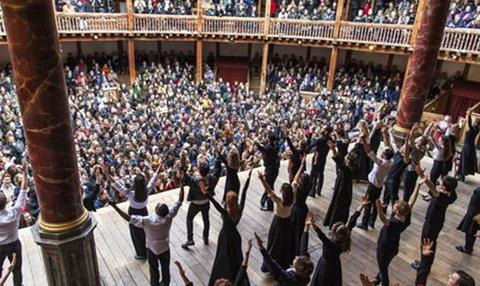 Why is the British Council involved in exporting Shakespeare?

Shakespeare Lives 2016 is a partnership between The British Council and the government’s GREAT Britain campaign and involves a wide range of arts organisations, including the BFI, which is running its own Shakespeare on Film programme as part of this year-long event.

The main rational is that, in the 400th anniversary that marks his death, Shakespeare is still a great Brit to shout about. His speeches have weaved their way into our every aspect of our language; his plays’ universal themes of war, envy, greed and madness have resonated with audiences wherever they’re performed at different times throughout history. We felt that this was worth celebrating.

The film aspect of Shakespeare Lives allows us to do the two things our department was set up to do: showcase and champion UK-made films internationally and encourage creative collaborations with film communities around the world.

How did you select which 18 films would be included in the programme?

We’re aiming to take titles that show the variety and breadth of Shakespeare and to challenge audiences on what they think they already know.

While the programme will include ‘classic’ Shakespeare, such as Laurence Olivier’s 1948 film Hamlet we also have a female Hamlet and more art house contributions from Derek Jarman and Peter Greenaway as well as Ian McKellen’s contemporary reworking for Richard the Third.

And you’re touring McKellen too…?

He’s our ambassador for the project and will be opening the Shanghai Film Festival with the BFI’s Shakespeare on Film programme. He’s set to make further appearances at the beginning of the summer in India, Brazil, and a couple of other places that we’re still in the process of sorting.

When McKellen talks about the Shakespeare the subject really comes to life. I think at the beginning of this project he started out as a cynic and was cautious about endorsing screen adaptations of Shakespeare – he talks about cutting dialogue out of Richard the Third (1995) with great reluctance - and while he admits that he’s proud of the end result it’s something you hear him say he’ll never do again.

But by the end - via Kenneth Branagh’s Henry V and Baz Luhrmann’s Romeo and Juliet - he concludes that filmmakers should just run with it, and that their first priority should be to entertain audiences.

How do you decide on the venues and what films to show where?

We’re currently still plotting the course of these 18 films across the globe. A third of bookings have been confirmed but the idea is to reach out beyond cinemas so that we can access audiences who wouldn’t traditionally either watch Shakespeare’s plays or go to the cinema.

We recently organised a British film week in the Kurdistan region of Iraq where there are no cinemas and worked with the British Embassy to transform a hall into a viewing theatre where we screened a range of British films.

There was a real appetite out there for UK cinema - so we’d like to try something similar again.  We’re hoping to screen Shakespeare in a refugee camp there, to highlight the humanitarian situation.

Other plans include open-air screenings in parks, squares and archaeological sites in Greece at the Athens International Film Festival and on Midsummers Night Russia will present a summer festival dedicated to Shakespeare in one of Moscow’s central parks.

What else do you have planned?

Is there a production element to what you’re doing?

We’ve formed a couple of production partnerships with Film London that will be included in the tour programme.

When we were choosing what UK films to select for the programme we got to the 18th title and realised they’re all directed by men. The Shakespeare Sister project addresses gender disparity within the film industry, with funding and support for two all-female filmmaking teams to produce a short film inspired by Shakespeare. The two shortlisted projects will be announced shortly and the films will be added to the programme in April.

We also joined forces with Film London’s Microwave International programme to commission a UK-India co-production written and directed by Bornila Chatterjee (Let’s Be Out, The Sun Is Shining) and co-written and produced by Tanaji Dasgupta and Kurban Kassam (20,000 Days on Earth).

It was derived out of a workshop series jointly produced by British Council/Film London. The film is a contemporary retelling of Shakespearian tragedy ‘Titus Andronicus’, and explores patriarchy and corruption in Indian business and politics against the setting of an Indian wedding. It’s due to conclude filming in September - so it will be a legacy of the programme rather than part of the tour programme.