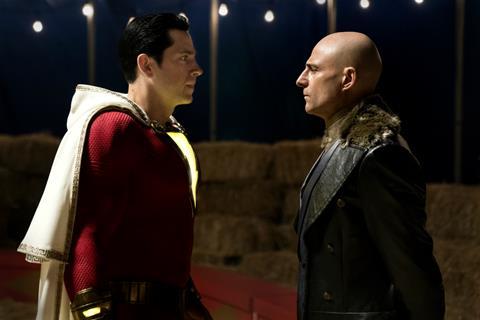 The film starring Zachary Levi, Mark Strong, Djimon Hounsou and Asher Angel added $29.2m on Friday from 79 markets in release and ranks number one in 61.

In China, the film opened on Friday on a confirmed $15.3m and added $9.8m on Saturday according to flash figures from Warner Bros Pictures International executives to reach $25.1m (RMB 168.5m). It ranks second in the market. Saturday’s flash estimate is not included in the international running total.