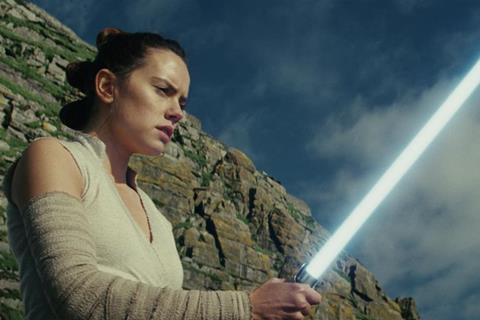 JANUARY 21 UPDATE: Star Wars: The Last Jedi became only the sixth release in history to cross $600m in North America at the weekend, while Jumanji: Welcome To The Jungle held on to the box office crown.

The Last Jedi added $6.56m via Buena Vista for $604.3m. It becomes Disney’s third release to reach the milestone alongside Star Wars: The Force Awakens and Marvel’s The Avengers. The worldwide tally has reached $1.2963bn.

Sony’s Jumanji: Welcome To The Jungle held on to top spot for the third consecutive weekend as a further $19.5m boosted the running total to $316.5m.

Roadside Attractions debuted the musical romance Forever My Girl at number 10 on $4.2m in 1,115 sites.