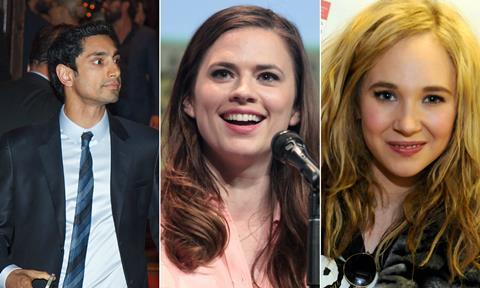 Fresh off BAFTA-nominated short film Cubs, Tom Harper was profiled in 2006 - he went on to direct the critically-acclaimed and 2016 BBC mini-series War & Peace.

Jodie Whittaker is the second Star to be made Doctor Who, after 2007’s Matt Smith. Dan Stevens has graduated from Stars to Downton Abbey to the Beast in Disney’s Beauty And The Beast remake.

Andrea Riseborough has combined film credits in Birdman and The Death Of Stalin with TV roles in Bloodline and Black Mirror.

Tristram Shapeero has a prolific career directing, with much of his work on television comedies. Hayley Atwell, an actor profiled this year, would play Peggy Carter in the Marvel Cinematic Universe whilst Juno Temple won the BAFTA Rising Star award and secured roles in blockbuster films like Black Mass and Maleficent. Riz Ahmed has featured in films including Rogue One: A Star Wars Story and Nightcrawler

A complete list of filmmakers and actors chosen as Stars of Tomorrow in 2006 is below.