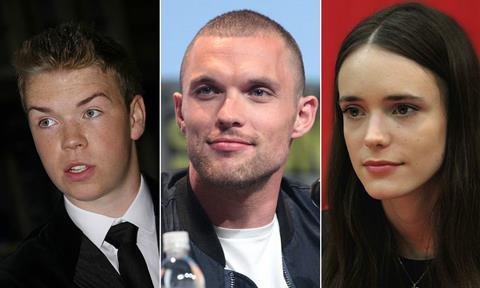 The 10th edition of “Stars of Tomorrow” includes actors who have gone on to deliver celebrated performances, such as Will Poulter’s comedic work in We’re The Millers, for which he won the BAFTA Rising Star Award. Poulter has subsequently worked with Alejandro G. Iñárritu on The Revenant and held a key role in the Maze Runner series.

James Norton was nominated for a BAFTA TV Award for his work in Happy Valley and starred in the BBC’s War And Peace, while Skins alumnus Freya Mavo’s credits include Proclaimers musical Sunshine On Leith.

Other stars from the class of 2013 have starred in hit titles on both sides of the Atlantic, such as Rose Leslie in Downton Abbey and Game Of Thrones; Malachi Kirby as Kunte Kinte in Roots, Cush Juumbo in The Good Wife, Raffey Casidy in Vox Lux, Franz Drameh in Legends of Tomorrow, and Rosie Day in Outlander.

In film, Stacy Martin has worked on a number of movies since her celebrated debut in Lars von Trier’s Nymphomaniac, and Ed Skrein starred as the main villain Ajax in Deadpool - in addition to his work as Daario Naharis in Game of Thrones. The full list of 2013 Stars of Tomorrow is below.

BRITS IN LA STARS OF TOMORROW 2013