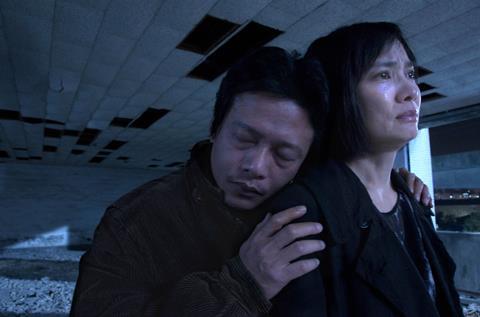 Stripped back until it is almost devoid of story, then stripped back some more, Taiwan auteur’s Tsai Ming Liang’s latest film – likely to be his last, he has declared – is a meditation on the derelict fringes of urban life. Watching paint dry is an action movie compared to some of the agonisingly slow one-shot or two-shot scenes that Tsai forces his audience to sit through – like the six-minute take of a guy eating a cabbage that his daughter has adopted as a kind of doll.

Tsai throws down the gauntlet in the very first scene, a five-minute fixed-camera shot that shows a woman languidly brushing her hair, stopping for a while, and brushing her hair some more.

And yet this is still a resonant film, a sort of recession-themed cinematic tone poem reminiscent of some of the more out-there cinematic forays of Thai filmmaker Apichatpong Weerasethakul, that keeps on evolving once the pain of the viewing experience has subsided. Audience reactions will depend largely on whether we are prepared to supress our desire for narrative coherence, turn off the pretension-ometer, abandon all hope of anything resembling ‘entertainment value’, and simply absorb this radically uncommercial work as one might a piece of video art or a gallery installation.

Needless to say, Stray Dogs (Jiaoyou) divided critics at its two Venice press showings, with some hailing a masterpiece and others dismissing it as the ultimate in auterist self-indulgence. In the real world, most will likely fall into the latter camp. But while Stray Dogs will never achieve even the niche arthouse play of previous Tsai outings like Goodbye Dragon Inn (2003) or The Wayward Cloud (2005), there will be some small demand out there for a film that promises to make it onto at least a couple of critical years’ best lists.

In an almost dialogue-free two-and-a-quarter hour slog, Tsai throws down the gauntlet in the very first scene, a five-minute fixed-camera shot that shows a woman languidly brushing her hair, stopping for a while, and brushing her hair some more. We never find out who she is. We spend quite a bit of time thereafter observing two men who work as human billboards on the streets of Taipei, holding up placards advertising real estate developments in the wind and rain while traffic thunders past.

One of them is eventually homed in on: a puffy-faced middle-aged guy (Hsiao Kang) who, it later turns out, is (we presume) the father of two cute and surprisingly well-dressed kids, a young girl (Lee Yi Chieh) and an older boy (Lee Yi Cheng), who we have seen wandering through city parks and streets, and hanging out in a supermarket, where they get free meals from promotional stands. Their utterly natural performances (and the sense that there’s nothing particularly special about life on the streets) do a lot to ground a film that has few other anchors.

Abandoned buildings feature prominently. There’s the single-room space behind a flap of corrugated iron where the father and his kids seem to live. And there’s a disintegrating public building of some kind, or perhaps a multi-storey car park, where a woman who feeds stray dogs stops, for what seems like an age, to consider a chiaroscuro mountain scene mural painted on a wall, before squatting to relieve herself on the floor.

Later, she will appear in a rain-lashed boat escape scene where, like a supernatural kung fu spirit, she hoists the two kids up into a tree and disappears. Later still, we see her installed with the kids and their dad in another derelict building (or the same one?) where she calmly helps them out with their homework.

The mix of tenderness and dereliction, the constant presence of rain and wind, the eerie sense of a life on the fringes in which other humans pass by like ghosts in the background (or are we watching a family of ghosts?), the possibility that the cabbage, the mountain mural and a patriotic Chinese song the father sings at a certain point may add up to a lament for a lost rural lifestyle, and the other-worldly melancholy that pervades the whole exercise, are the scraps we cling on to in the absence of story. Not enough for a square meal – but sometimes at the movies, hunger is more memorable than satiety.