The world premiere of the US auteur’s latest film starring Rooney Mara, Natalie Portman, Ryan Gosling and Michael Fassbender will kick off events in Austin, Texas, on March 10. 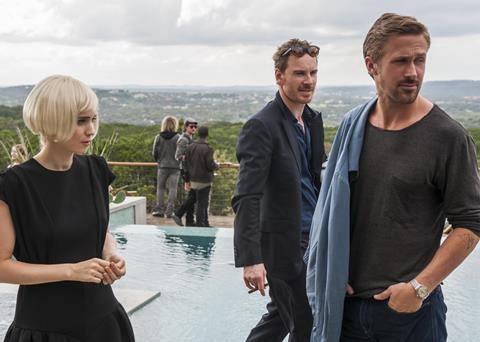 “Terrence Malick is a world class revered cinematic poet. His work is a treasure trove of talented actors and vision. Set in the Austin music scene, Song to Song couldn’t be a more perfect Opening Night film for SXSW,” said SXSW director of film Janet Pierson.

“While these titles are just a taste of what SXSW 2017 will offer, they reflect the range of work we are known for, from newcomers and auteurs to pop entertainment in traditional cinema, episodics and now VR.”

Brass will announced the complete film festival line-up on January 31, with the exception of Midnighter features, which will be revealed with the short film and VR programme on February 7.

Initial SXSW selection appears below. All are world premieres and all synopses provided by the festival.

The Melody Of Dust
Dir: Viacom NEXT
A musical journey for the HTC Vive. Explore a mysterious world where every object contains a unique melody. Featuring original musical compositions by Hot Sugar, this experience brings you inside the tortured mind of a musician.

Residente
Dir: René Pérez Joglar
After taking a DNA test, Latin America’s most decorated artist – Rene Perez (AKA Residente), embarks on a global adventure, to trace the footsteps of his ancestors and record his latest album.

Spettacolo
Dirs: Jeff Malmberg, Chris Shellen
For the past 50 years, the villagers of a tiny hill town in Tuscany have turned their lives into a play that the entire town writes and performs. Spettacolo is a portrait of this tradition through the eyes of the last man trying to keep it alive.