The Galway Film Fleadh’s best film is a tight, dark western by the Tohill Brothers 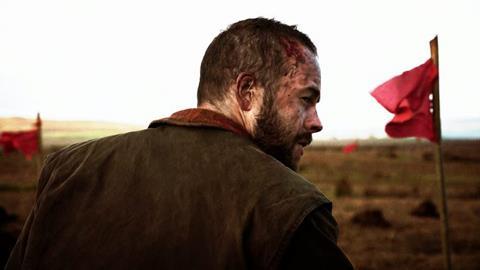 This canny debut from the Tohill Brothers, Andy and Ryan, is an out-and-out Irish Western, set between a dilapidated farm, a one-horse town, and a saloon with a “it’s my way or the highway” sheriff. Filmed mostly on a bog outside Ballymena in Northern Ireland without much more than shovels and rain in the way of props, The Dig is a grittily effective oater, narratively tight as a drum and shot in the gloom of a never-ending winter where it unturfs a twisty ending to delight genre fans.

Darker than the piles of peat that stud the landscape

Winner of Best Picture at the Galway Film Fleadh, The Dig follows a through line of Northern Irish thrillers from The Survivalist to Bad Day For The Cut; although this is a debut for the Tohills, they have worked their way up through short films including Insulin and careers in post-production and art departments for high-end TV such as Game of Thrones. Clearly, they were ready to step up, and The Dig bears witness to hard work both in script preparation and focused editing.

As the rain clouds loom over this godforsaken bog, Callahan (Moe Dunford) returns to his bricked-up rural farmhouse after serving a 15-year prison sentence for murder. Taciturn to the point of being almost mute, Callahan is no longer drinking after the crime became lost in an alcoholic haze – he can remember nothing about the night in question or its immediate aftermath, although he knows he was the last person to be seen with the victim.

He is horrified to find Sean (Lordan Cranitch), the father of the dead girl, still searching for her body in Callahan’s vast bog. He digs from morning until night, obsessed by the idea of laying her properly to rest. Tattered flags dot the landscape, marking failed attempts to find the corpse. Sister Roberta (Emily Taafe), watches from a distance and tries to pull her father away from his obsession, to no avail.

Darker than the piles of peat that stud the landscape, The Dig posits a familiar scenario when Callahan calls the local police chief (Francis Magee) to get Sean off his land: nobody is going to help him. The type of anti-hero who stops conversation when he walks into a bar, Callahan is on his own, looking at Sean every day, confronted with a past he would rather forget. With no recollection of what happened on the night in question, Callahan decides to join Sean in his quest and starts to dig deep with no idea of what he might unearth. The answer, of course, is close to home, but when Callahan starts drinking again it begins to look as if he will always be his own worst enemy.

The Tohill brothers secure strong performances from both Dunford and veteran actor Crannitch in the lead roles. Dunford, in particular, bears the weight of the tormented anti-hero with grace. The Dig is the type of small, sharp film with a simple structure which can easily come off as effortless, but there’s no disguising the hard work and across-the-board focus that went into producing it. Best Film at Galway should be the start of a long festival career.