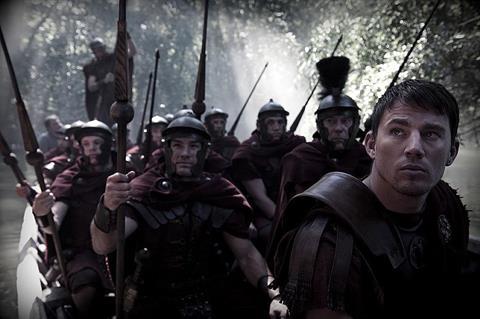 The Eagle, the second UK film in less than a year sparked by a mystery from the annals of Roman Britain, is a handsome but decidedly old fashioned historical adventure that casts rising Hollywood star Channing Tatum as its strapping Roman soldier hero. The casting and more mainstream tone should make this Kevin Macdonald-directed, Duncan Kenworthy-produced yarn a better commercial prospect than Neil Marshall’s grungier Centurion, though selling the Film4-Focus Features joint venture to Tatum’s young fan base may not be an easy task.

Tatum is likely to be the main draw when Focus opens the film (with a PG-13 rating) in North America on Feb 11. International distributors – Focus parent Universal in some markets, independents in others – should be able to get more mileage out of the subject matter when they role The Eagle out through the spring.

Written by Macdonald’s The Last King Scotland collaborator Jeremy Brock and based on a 1954 young adult novel by Rosemary Sutcliff, the film centres on Tatum’s Marcus Aquila, who arrives in Britain determined to restore the reputation of his father, commander of a Roman legion that apparently disappeared – along with its golden eagle emblem – in the hostile wilds of Scotland (the legion itself was the focus of Marshall’s Centurion).

Hearing reports that the Eagle has been sighted, Marcus sets out into the north with Esca (Billy Elliot’s Jamie Bell), a British slave he saved from death.

Establishing empathy with Marcus and his very Roman quest to retrieve a military emblem at all costs was never going to be easy, and under Macdonald’s direction the story meanders until Marcus and Esca – who has his own mysterious back story – encounter the violent tribe that holds the key to the Eagle’s disappearance.

While it doesn’t hew completely to tradition – the tribespeople, for example, look more like Native Americans than the usual hairy Picts – the film sometimes gets dangerously close to vintage Hollywood sword ‘n’ sandal territory, with American-accented Romans and much manly jaw clenching by Tatum and Bell.

The Scottish locations are gorgeously shot by Last King of Scotland and Slumdog Millionaire cinematographer Anthony Dod Mantle, though they don’t always match too well with the Hungarian locations also employed.