The Golden Globes is hoping to make its annual banquet awards presentation (Jan 17) even more lively than usual with the addition of Ricky Gervais as host. 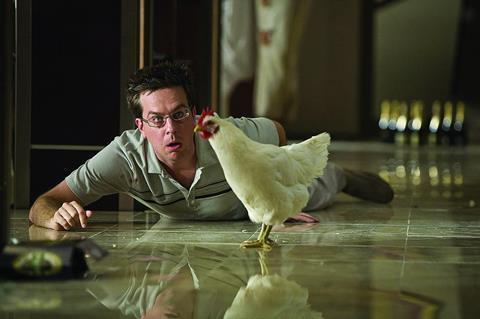 Hollywood Foreign Press Association (HFPA) president Philip Berk is feeling upbeat as his organisation heads into another awards season and the glitzy promise of the 67th Golden Globe Awards, which will take place on January 17.

“One of the benefits of the HFPA is that, unlike many of the studios that are cutting back, it seems we’re in a very fortunate position,” he explains. “We’ve had good advance financial advice, which makes it good to work in this climate. It doesn’t mean we’re being profl igate, but we’re in a good position.”

Now serving his seventh term as president, Berk, a genial South African who writes for FilmInk in Australia and Galaxie in Malaysia, is in no doubt about his organisation’s place in the awards pantheon.

Each year, as the awards night gets closer, the HFPA comes under attack from various quarters. It has become an annual ritual that does not bother the 83-strong membership too much, mostly because the attacks appear to be motivated by envy.

The membership works hard and the Globes are, after all, the most entertaining night on the awards circuit. Berk prefers not to dwell too much on how the organisation is perceived, but he will say this of the awards themselves: “We have been around for 67 years and the Golden Globe is a meaningful award. It’s identifiable and we’re dealing with a very valuable prize.”

January’s show will also feature the added bonus of Ricky Gervais as host — the show’s first in 16 years — and surely too risqué a choice for the Academy Awards, which says much about the HFPA’s penchant for no-holds-barred entertainment. “It became difficult finding [hosts] because it’s a fairly thankless job… but NBC felt that having a host does generate a lot of publicity, so I thought Ricky Gervais would be the best person for the job. We’re all looking forward to it,” says Berk.

Emerging from the shadow of drama

Which films could benefit from the Golden Globes’ unique musical or comedy categories? Mike Goodridge considers the candidates

The Golden Globes is the only major awards presentation that separates drama from musical and comedy. Even when the musicals were dramatic, as in the case of Sweeney Todd or Across The Universe in 2008, they were competing against lighter fare such as Hairspray and Juno.

But the category famously recognises actors for their comedic work, as it did last year when James Franco was nominated for Pineapple Express and Colin Farrell won for In Bruges. Or the year before when John C Reilly captured a nod for Walk Hard: The Dewey Cox Story, or Amy Adams for Enchanted.

This year will again see a host of films in Globes contention that probably won’t make the Academy cut. Summer smash The Hangover, one of the year’s most critically acclaimed films, is likely to pick up nods from the HFPA and should land a nomination in the best picture category.

Another much-liked summer hit, The Proposal, featured a winning comic turn from Sandra Bullock that could put her in the running for a Globe.

While obvious contenders in the musical or comedy categories include Nine, Nancy Meyers’ comedy It’s Complicated and the Coen brothers’ darkly humorous A Serious Man, other films that could gain traction at the Globes include (500) Days Of Summer, The Men Who Stare At Goats and The Informant!

Meryl Streep is up against herself with two fine comic performances this year, as Julia Child in Julie & Julia and as a woman torn between two men in It’s Complicated. And the jury’s out on whether good work in mediocre movies will get nods — such as Adam Sandler’s starring role in Funny People or Sacha Baron Cohen’s unforgettably coarse Brüno