Despite striking major deals with Hollywood, UTV is now refocusing on its core Indian business. Ronnie Screwvala, founder and chief executive of UTV Group, tells Udita Jhunjhunwala why he will only look at co-producing foreign projects if UTV is on an equal creative footing 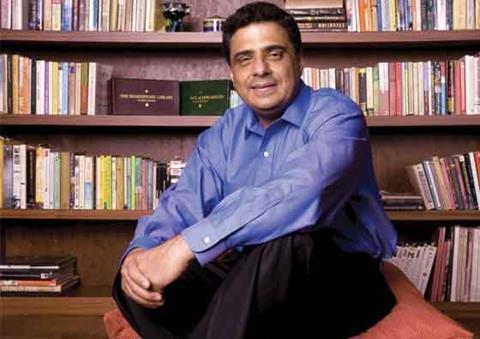 From starting a cable network which reached just 35 homes to founding integrated Indian media and entertainment giant UTV Group — now valued at almost $150m — Ronnie Screwvala has come a long way. Besides producing some of the most successful Hindi-language films of the last five years, the Mumbai-based UTV distributes its movies in more than 45 countries and has a strong presence in television, broadcasting, gaming and new media.

“We do not have a Hollywood agenda right now because we realised we were playing the role of a film financier, which we did not want to play”

In recent years Screwvala has also been at the forefront of moves to take Indian studios global, making ground-breaking deals with Hollywood including co-producing Mira Nair’s The Namesake and Chris Rock’s I Think I Love My Wife with Fox Searchlight, co-producing M Night Shyamalan’s The Happening with 20th Century Fox and striking co-production agreements with Will Smith’s Overbrook Entertainment and Sony.

However, Screwvala says this is a chapter he has closed temporarily.

“We were fortunate with The Namesake and The Happening, but we do not have a Hollywood agenda right now because we realised we were playing the role of a film financier, which we did not want to play,” he explains. “We will only be looking at projects in the western hemisphere where we’re on an equal footing. In the past, we had the movies, took them to the studios and then got into a subservient relationship, which didn’t add up for us.”

So while the deal with Fox has run its course, the relationships with Sony and Overbrook are on hold until a project comes along which both sides feel is equally worthwhile. However the relationship with Disney — the studio has a 58% stake in UTV — endures. “That’s an equity and strategic relationship,” Screwvala says of the deal, which was struck in 2008 and saw Disney invest approximately $203m into UTV Software Communications as well as investing with UTV in UTV Global Broadcasting by acquiring a 15% stake worth $30m.

Having weathered the global financial trials of 2009 Screwvala is ready to take UTV to the next level in 2010, prioritising Asian markets and demographics while exploiting the existing 45 markets for Indian product globally. However he says he remains open to working with foreign co-production partners provided they are looking for an equal creative footing.

“In the US, Hindi movies have the single-largest foreign-language box-office share. But we’re not reaching more than 5% of our diaspora,” says Screwvala, who is also looking to develop new revenue streams such as VoD, in-film advertising and so on.

He is committed to UTV’s diversified conglomerate model and believes it is one of the company’s strengths, along with the ability to bring in strategic partners both from India and overseas, and “building an organisation that is creative-led and is also a strong creative catalyst”.

“In the US, Hindi movies have the single-largest foreign-language box-office share…but we’re not reaching more than 5% of our diaspora”

On the tricky past year for the film business, Screwvala says: “We were clear that we needed to get into a leadership position, so sitting out 2009 was not an option. We did participate in some high-cost models but those were our own productions and at least we were not in the acquisition game. Our goal was to be number one and stay number one. My brief to my team was to focus on 2010-11 and I think this year we should see a 100% growth on last year.” UTV has already notched up the biggest hit of the year in the Hindi film industry with Raajneeti, which has grossed $20m according to Box Office India, and has a slate of 12 films lined up in 2010-11. These include star-led tentpoles such as Guzaarish, Tees Maar Khan and director-driven features such as Peepli Live, No One Killed Jessica and Saat Khoon Maaf.

When it comes to overseas interest in India, Screwvala is sceptical. “Investors and equity partners believe what they read in the papers — that this market is hot to trot, but it’s not that hot.

“We have a strong local audience of a billion people, but 200 million of them will [watch movies] on free terrestrial TV,” he says. “However, India is much less regulated than many other markets and is offering much more opportunity than many other countries.”