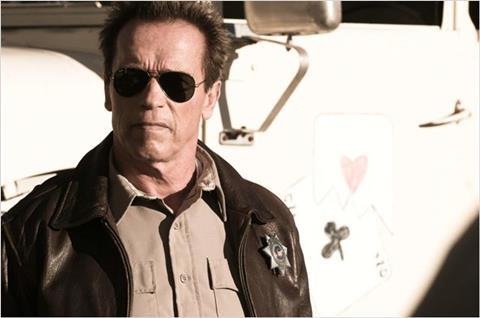 Arnold Schwarzenegger is back and in decent if slower form in The Last Stand, a mostly conventional action romp that only briefly shows off the over-the-top style of its Korean director Kim Jee-Woon. Box office will probably depend on whether audience interest in Schwarzenegger’s return makes up for the less than thrilling content.

The climactic half-hour offers lively gunplay and car chases as well as some amusing - and amusingly violent - moments.

Lionsgate will be hoping that the star makes the difference when it opens The Last Stand on January 18 in the US, in the middle of a traditionally genre-heavy month. Outside the US, independents that have acquired the film will be helped by the casting of international names in several of the supporting roles.

Schwarzenegger, who hasn’t taken on a starring role since Terminator 3 almost a decade ago, plays Ray Owens, a former LA narcotics cop who has settled down as sheriff of a sleepy US-Mexico border town. In another plot thread, a Mexican drug lord played by Spain’s Eduardo Noriega (Abre Los Ojos) escapes from custody with a hostage (telenovela face Genesis Rodriguez) and heads for the border with two FBI agents (Forest Whitaker and Korean-American star Daniel Henney) in pursuit.

Making his English-language debut, Kim - known to hardcore genre fans outside Korea for 2008’s The Good, The Bad, The Weird and last year’s I Saw The Devil - lets the film go for 45 leisurely minutes before starting to bring the two plot threads together. Thereafter, things move towards a spaghetti Western-style showdown in which Ray enlists the help of locals - played by Jackass impresario Johnny Knoxville and Brazilian star Rodrigo Santoro, among others - to stop the fugitive. The climactic half-hour offers lively gunplay and car chases as well as some amusing - and amusingly violent - moments.