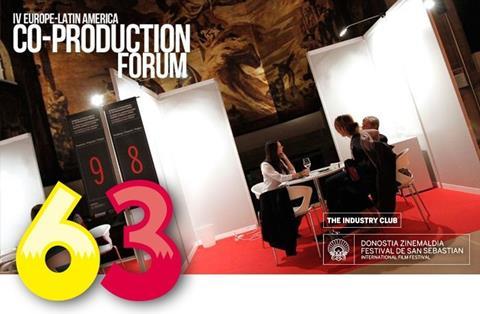 The Omission (La Omision) has won the award for best project at the Europe-Latin America Co-production forum at San Sebastian Film Festival (Sept 18-26).

The film, an Argentinian-German co-production, is the feature debut for director Sebastián Schjaer, whose short The Broken Past (El Pasado Roto) played at Cannes’ director fortnight this year.

The story follows a young girl from Buenos Aires who travels to a remote city in the country’s south in search of work.

The film is produced by Argentinian outfit Trapecio Cine.

It won from a shortlist of 15 projects, which was narrowed down from an initial 173 submissions.

A special mention was given to Álvaro Brechner’s Memorias Del Calabozo, a Spanish-Uruguyian co-production from Tornasol Films.

Projects presented at previous editions of the Forum have been selected for a major festivals including Carlos Moreno’s Que Viva la Música!, which played at Sundance in January; David Pablos’s Las Elegidas, which screened in the Un Certain Regard strand of Cannes in May; and César Augusto Acevedo’s Land and Shade (La Tierra y la Sombra), which played at Cannes’ Critics’ Week and won the Caméra d’Or.