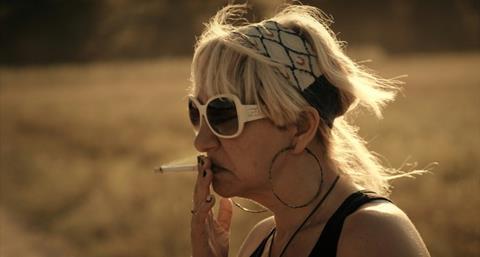 A stultifyingly hot summer of discontent and disillusion in the suburbs of Barcelona provides for an impressively visceral backdrop for Neus Ballus’s docudrama The Plague (La Plaga), which tracks how a series of brow-beaten, bored and frustrated real-life people get through their summer.

Where The Plague does score well is in terms of sound design and elegantly structured cinematography.

There are moments when some of the vignettes bring a quirky energy to the film, though it struggles to maintain its feature length, with some of the characters and their stories more intriguing others. It is a film, though, likely to feature on the festival circuit, though could intrigue a few television buyers.

Where The Plague does score well is in terms of sound design and elegantly structured cinematography which makes good use of the suburban locations and helps create an atmosphere that is both realistic and slightly surreal at the same time.

The film essentially revolves around five very different people all essentially playing themselves. They are local farmer Raul Molist; Moldavian labourer/wannabe wrestler Iurie Timbur; aging prostitute Maribel Marti; elderly woman Maria Ros and Filipino Rosemarie Abella, who is taking care of Ros. Their stories often interweave, and while director Neus Ballus does a fine job of creating a striking world that they inhabit, which is defined by stark surroundings and an often dull and plodding life, the film only intermittently offers moments of intrigue and passion.

Though in truth when the real-life stories are as bleak and unrelenting as those in The Plague it would always be hard to construct a film that moves with pace that reflects the sadness of its characters.