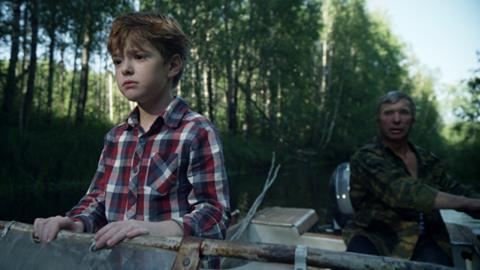 Veteran Russian director Konchalovsky follows a rural postman on rounds that cover a group of depopulated lakeside villages in the Arkhangelsk region of northern Russia in this graceful, Chekhovian country tale. This is not the first time the director has taken a  ‘scripted documentary’ approach; but The Postman’s White Nights feels altogether more laid-back, less obtrusively storyfied, than, say, his 2002 Chechen psychiatric hospital drama House Of Fools.

Shot through with quiet lyricism, and scored by a mix of choral, orchestral and ambient music that weaves in and out of the crisply-rendered sounds of the natural world, Konchalovsky has gone back to the artisanal roots of cinema and drama to make a film of undeniable charm.

What emerges is a tender, melancholy, occasional funny, frequently inconsequential cinematic pastoral, a gentle, meandering lament for a rural lifestyle that is on the verge of dying out. Genuine country postman Aleksey ‘Lyokha’ Tryapitsin carries the film, his cheeky-chap persona veined by Slavic fatalism as he interacts with those on his round, handing out letters and advice, acting as a rural delivery man, pharmacist, bringer of news and child minder.

Postman was picked up by Moscow-based sales company Antipode on the eve of its Venice festival competition debut. Well-received on the Lido, it could appeal to arthouse distributors in the market for feel-good world cinema fare, though it would need careful nurturing to reach beyond an ultra-niche audience.

Lyokha the postman supplies a few fragments of his own backstory at the beginning of the film as he looks through old photos on a garish woodland fauna tablecloth. He was once married, he tells us, but it didn’t work out. “Here I am fighting vodka”, he comments of one photo – then adds, with perfect comic timing, “it beat me” (though we later learn he’s been on the wagon for two years). We see him potter about his chaotic but comfy wood-framed house, before heading across what an intertitle informs us is Lake Kenozero in a small speedboat. Here he swaps badinage with Rita in the post office where he picks up the mail he has to deliver, grabs some supplies in the local store (cue more badinage), and heads back to start his round, which he does part by boat, part on foot.

Gradually a cast of local characters emerges from the rambling plotline. There’s ‘The Bun’, a pensioner with a drink problem whose long vodka-fuelled monologues throw up the occasional comic gem. There’s Yura, a prickly, depressive fisherman prone to muttering “I will surely stab someone dead”, or variations on the same. And there’s Lyokha’s love interest, Irina (Ermolova, one of the few professional actors in the cast), a former schoolmate who is now a tough, independent village policewoman and, alas, isn’t much interested in Lyokha – though she’s happy for him to keep her young son Timur amused while she works.

The wide-open watery landscapes of what is a protected national nature reserve are a key presence in the film. Without straying into Malick-esque metaphysics, Konchalovsky nevertheless suggests that the lifestyle of such isolated rural communities are by necessity in and of nature. Lyokha stops at times to consider ripples on the lake or listen to the wind in the trees, and relics of the pre-Christian Russian folk tradition emerge – particularly in a wonderful scene in which Lyokha and Timur drift down a creek as the postman tells the increasingly nervous boy stories of a water-spirit called the Kikimora. There’s also a mysterious grey cat that appears to Lyokha only at night.

But the postman’s village is not entirely cut off from the modern world; Lyokha cooks, washes and makes tea with Russian reality-TV shows on in the background (we never see them, only hear the inane soundtrack), and when his outboard motor is stolen he’s forced to go into the city, a place of frustration and bewilderment. Also in stark contrast to the ramshackle rural charm of his lakeside home is a nearby military cosmodrome Lyokha and Timur visit. A rocket launched from this base will later provide one of the film’s most memorable images.

Not all of the semi-improvised scenes come off, though there are other times when a certain dramatic awkwardness adds to the effect (the rapport between non-professional Lyokha and actress Ermolova is one good example). Shot through with quiet lyricism, and scored by a mix of choral, orchestral and ambient music that weaves in and out of the crisply-rendered sounds of the natural world, Konchalovsky has gone back to the artisanal roots of cinema and drama to make a film of undeniable charm. It certainly makes a change from the director’s last major feature, the unfortunate, misguided Nutcracker in 3D, dismissed by the late, great Roger Ebert as “one of those rare holiday movies that may send children screaming under their seats”.