The Princess Of France 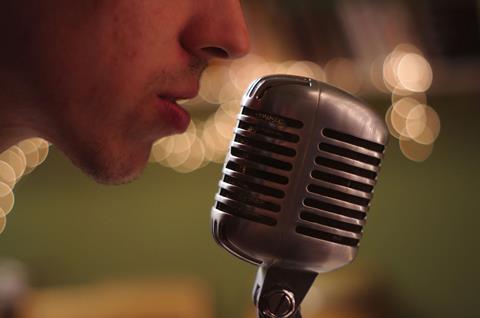 Matias Pineiro’s third variation on Shakespeare themes, following Rosalind and Viola, is part of a series he chooses to call his “Shakespearead”. Bound to please his small but faithful group of admirers growing on the other side of the Atlantic, The Princess Of France(La princesa de Francia) uses essentially the same cast and crew as his earlier films, it deploys the same kind of understated approach, and though best described as a 70 minutes eavesdropping session on conversations held by a group of total strangers, the film (which screened at the Locarno Film Festival) has already been acquired by Cinema Guild for the US and will not pass unnoticed at the Locarno Film Festival, even if many viewers will be pretty bemused by the proceedings.

That all the performers seem to be perfectly comfortable with both the massive amounts of dialogue they have to deliver and with their hazy roles is no wonder, since his actors have faithfully done it many times before in his films.

Having used before As You Like It and The Twelfth Night, Pineiro now picks on Love’s Labor Lost, borrowing from it the vague foundation on top of which he ads such references as Schumann’s Spring Symphony or William Adolphe Bouguereau’s nude paintings to round up the mood.

Reminiscent, at times of Jacques Rivette’s tributes to the stage, theatre and life merge here into each other. The fair sex once again has the lion’s share of the parts and his direction displays a knack for intricately planned shots (great work by cinematographer Fernando Lockett), even if they are not always truly necessary.

Just as a reminder, Shakespeare’s early comedy has the King of Navarra and three of his companions pledge to lead a monastic period of three years, to be fully dedicated to study and self-improvement. But then, in steps the Princess of Acquitaine and her ladies, and all the noble decisions are soon forgotten, because it is spring (hence the Schumann symphony) and youthful passions are not to be denied.

Just like Bouguereau, whose paintings modernised classical subjects, Pineiro updates the Shakespearian plot, tweaking its shape in all directions and moving it to Buenos Aires. His main character, Victor (Julian Larquier Tellarini) is a young theatre director who returns after a year in Mexico with a grant to produce a series of Shakespeare-based radio plays. His first choice is Love’s Labor Lost, which he sets out to rehearse, with practically all the parts to be played by women, all of whom are intimately related to him.

One of them, Natalia (Romina Paula), dropped him before he left for Mexico but hopes he is still in love with her; the second, Paula (Augustina Munoz) had sworn to stay faithful to him during his absence but is wavering at the last moment; a third, Ana (Maria Villar), is his official girlfriend but doubts his intentions; a fourth, Lorena (Laura Paredes), is a friend who hopes he will make a move in her direction, and there is even a fifth Carla (Elisa Carricajo), who may actually become his next partner. Though he constantly claims to be completely engrossed in his work with no time for philandering around, that is exactly what he seems to be doing non-stop all through the film.

Verbose to the point of distraction, certainly for non-Spanish speaking audiences who may miss the achievements in the use of sound, and having little interest in the characters themselves, Pineiro seems to feel no need to tell a real story. He shuns dramatic developments, preferring to establish an ambiance, with the Bard’s lines spilling every once in a while into everyday conversations or literally commenting on them.

Mixing present and past, reality and fiction, changing the names of Shakespeare’s characters and their texts at will, he never bothers to acquaint his audience with any of the people he puts on the screen, but rather prefers to observe them and their close, sometimes almost cloying, contact with each other, in an impersonal manner.

That all the performers seem to be perfectly comfortable with both the massive amounts of dialogue they have to deliver and with their hazy roles is no wonder, since his actors have faithfully done it many times before in his films. True, no one is given a chance to shine or develop their part, but this goes with the territory. And since it seems to be working, Pineiro is already preparing A Midsummer Night’s Dream - which he intends to do in English - and Measure For Measure as his next Shakespearead escapades.