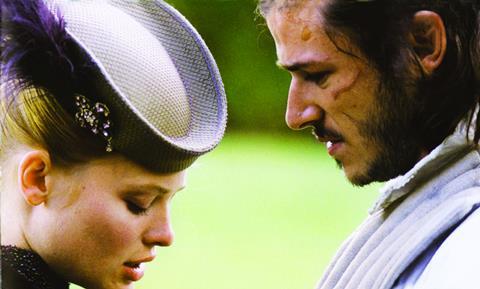 When Bertrand Tavernier embarked on his first period piece, Let Joy Reign Supreme, some 35 years ago, he produced a stunning portrait of life at the court of the Bourbons in early 18th century. This time he goes back in time another 150 years, to one of the darkest, most tormented, periods of French history, using for his backdrop the brutal wars waged by the Catholic court against the Protestant dissidents, and doing his best to integrate a powerfully emotional love story into the course of history, and do justice to both. It is an impossible mission at which he almost - if not quite - succeeds.

Tavernier shows once again his mettle as a consummate film artist, impressively assisted by cinematographer Bruno de Keyzer who is nothing short of a magician in using lights and shadows.

Working from an almost forgotten short novel by the celebrated Mme de Lafayette and using a cast of very talented, though not yet easily recognisable, new faces - Lambert Wilson excepted - Tavernier shows once again his mettle as a consummate film artist, impressively assisted by cinematographer Bruno de Keyzer who is nothing short of a magician in using lights and shadows.

Costumes and sets are sumptuous at all times, and the film is a lavish production in every respect, with the added bonus of Tavernier’s painterly and ironic eye for detail. But since some history lessons may be essential for audiences trying to follow the plot, and the film might encounter some resistance beyond the arthouse circuit, especially once it steps out of the Francophone realm.

In 1562, the young, winsome, Marie de Mezieres (Thierry) is in love with her cousin Henri de Guise (Ulliel), but her father forces her into the more advantageous marriage to Philippe de Montpensier (Leprince-Ringuet), whom she has never met before.

But just after they are they wed Montpensier is required to return to the front and fight for the crown, leaving his wife in the company of the older, impoverished, Count de Chabannes (Wilson), who is supposed to act as her tutor in the husband’s absence.

The rebellious young woman cannot forget her first love, nor does she take well to the instructions of her guardian, who soon falls under her spell as well. A third admirer, the Duke of Anjou (Personnaz), joins the list of admirers once he sets eyes on her and the relationship between the four men becomes more entangled as the couple are required to join the Royal Court in Paris.

Her husband’s jealousy is ignited when de Guise insists on pursuing his fo Marie, who is initially hesitant, but soon enthusiastic. The Duke d’Anjou, who is set to follow his sickly brother Charles IX to the throne, uses his authority to thwart the affair but Chabannes, in a noble selfless act of denial, sacrifices his own feelings for the Princess to allow her a night with her lover.

The main problem for many will be following all the intricacies of the French court and its proceedings and the part they play in the general context of history, which the script suggests rather than spells out.

This was period of instability in France when the crown was changing hands swiftly, with the authority always staying with the mighty and fiercely Catholic Catherine de Medici, the Queen Mother who ruled with an iron fist over her sons and the rest of the kingdom.

The script takes for granted that the viewers should be familiar with names and events, and it is difficult to appreciate that the story spreads over a period of at least 10 years. The film’s strength lies, however, in Thierry’s portrait of the Princess, who would rather follow her heart than her fortunes. She is given solid support by Wilson’s restrained and yet highly emotional performance as Chabannes, along with Leprince-Ringuet’s jealous husband and Personnaz’s cocky Duke d’Anjou.

Their performances will probably carry more weight with the audiences than the portrayal of the world they’re supposed to live in… which, ultimately, may have been Tavernier’s intention all along.