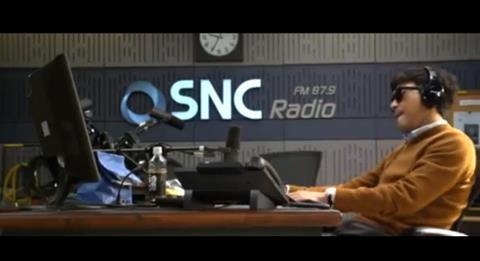 Tackling the themes of terrorism and social injustice that largely takes place in the confinements of a radio studio after a caller carries out a threat to blow up a neighboring bridge in Seoul, The Terror Live is a largely compelling and gripping feature owing to some well-crafted tension, but a miscalculation in terms of the film’s uneven tone hinders an otherwise engrossing feature.

Given that much of the film takes place in the radio studio, director Kim Byung-woo does well in orchestrating the film’s raw tension in such a confined space that makes for some riveting viewing.

After premiering as the closing film at the Puchon International Fantastic Film festival (Pifan) in South Korea - one of Asia’s most prolific genre film festivals – where it was also awarded at the script stage at the festival’s project arm; the NAFF (Network of Asian Fantastic Films) ‘it Project’ section in 2009, it potentially gives the film more exposure on the international front. Prospects, meanwhile, in its home market of South Korea face a rather daunting challenge in the form of Bong Joon Ho’s widely-anticipated Snowpiercer that goes on release the same day on 31st July, but strong word-of-mouth could give the film a much needed boost.

Playing the lead is South Korean star Ha Jung-woo (The Berlin File) who plays a radio host called Yoon Young-hwa who once was a top national news anchor, but later gets demoted.

After a caller to the show follows through on a threat and detonates explosives causing parts of a major bridge that crosses the river Han in Seoul to collapse, Yoon sees this as an opportunity to salvage his career as he tries to grab an exclusive. Things, however, become more complicated as the motive behind the bombing becomes clear while the government’s response only worsens the situation.

Given that much of the film takes place in the radio studio, director Kim Byung-woo (2007’s Written) does well in orchestrating the film’s raw tension in such a confined space that makes for some riveting viewing. Interestingly, Kim also juxtaposes these scenes with television footage of the battered bridge and the people left trapped on it, and though the CGI could benefit with more work, combining a mix of interior and contrasting exterior images is highly effective in further raising the level of suspense.

Much credit should also go to Ha Jung-woo who is able to deal with the demands of playing the only lead in the film with a tangible sense of ease conveying the necessary changes in his character as the narrative increases in its intensity, but this inevitably forces the supporting roles to the fringes of the story with comparably little to do and therefore providing minimal character development.

Turning to its biggest flaw, the film suffers from an attempt to lighten the narrative load with humour, most notably in the film’s opening half, which may provide welcome respite for some viewers, but as the story progresses and the amusing scenes become less appropriate, it becomes more difficult to define the film’s tone as it explores issues such as social injustice with references to an unfair social system.

Despite its tonal flaws, however, it’s largely a rewarding viewing experience for both local and international viewers with a suitable running time of just 98 minutes, which gives it further potential as it seeks an audience both home and abroad. Furthermore, given that the director’s previous thriller Written was invited to various film festivals across the globe including the Karlovy Vary International Film Festival where he won the NETPAC (The Network for the Promotion of Asian Cinema) award, this will make it an even more attractive prospect for festival programmers.