The Woman In Black continues to chill UK box office

Hammer’s adaptation records hat-trick at the top of the UK box office and is now the most successful British horror film of the last 20 years. 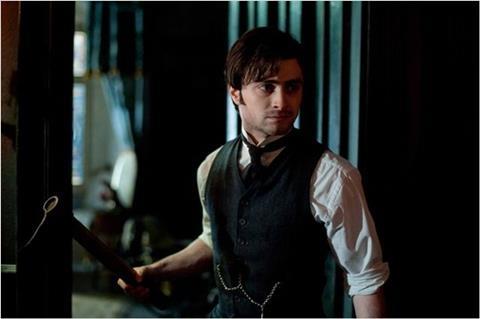 The Woman In Black has made it a hat-trick at the top of the UK box office, the second film to do so this year along with War Horse.

Simon Oakes, President & CEO of Hammer and Vice Chairman of Exclusive Media commented: “The record-breaking success of The Woman In Black is an important achievement that affirms the re-birth of Hammer. We are continuing to develop exciting and intelligent genre films this year such as The Quiet Ones and Gaslight, both of which will shoot in the UK.”

This week’s highest new entry belonged to Fox’s The Best Exotic Marigold Hotel which charted second after a strong $3.6m (£2.3m) debut saw it narrowly beat Safe House to second. The opening is director John Madden’s best ever in the UK, a record that previously belonged to Shakespeare In Love’s $2.9m (£1.8m) bow, although The Best Exotic Marigold Hotel has some way to go before toppling that film’s final tally of $33.0m (£20.8m).

Placing third after an equally decent opening was Universal’s action-thriller Safe House which stole its way to $3.6m (£2.3m) from its 425 sites. The result is Denzel Washington’s second strongest ever in the UK behind American Gangster’s $4.1m (£2.6m) opening.

eOne’s 3D sequel Ghost Rider: Spirit Of Vengeance was narrowly behind The Vow though on $773,000 (£488,000) and there’s a possibility that actual figures might see the two swap places.