The Woodsman And The Rain 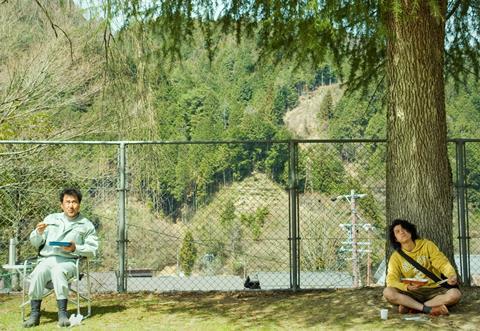 Favouring gentle laughs and slow character development, the latest delightfully light-hearted from Shuichi Okita (who made The Chef Of The South Pole) is a slow-burn charmer as it charts the unlikely friendship between an elderly and fastidious lumberjack and a nervous young filmmaker.

It is a traditional tale – old and young gradually bond, with each learning from the other – but it is deftly handled.

Beautifully shot and brimming with warm-hearted humour, The Woodsman And The Rain, could have enough style to appeal to art house distributors, especially given the smart pairing of acclaimed actor Koji Yakusho (Shall We Dance? and Babel) and rising star Shun Oguri (Crows Zero). The film had its world premiere at the Tokyo International Film Festival, where it won the special jury prize.

Veteran lumberjack Katsu (Yakusho) works close to his mountain village of Yamamura, cutting and trimming trees, and leading a modest lifestyle. He is at one with his environment, and has the rare ability to be able to predict when rain is about to start and stop.

He is bemused one morning when a man wanders up to him and asks him to stop cutting for a while – a film crew is shooting a zombie film nearby and they need quiet for a shot.

He grudgingly finds himself roped into helping find locations for the film, and becomes increasingly frustrated by the pushy crew and the seemingly spineless and mild-mannered rookie writer/director Koichi (Oguri). With the pressure of the film almost too much to bear, Koichi is on the verge of a breakdown, but finds himself drawn to Katsu’s unlikely support for the film (he reads the script and loves it), and an improbably friendship develops between the two.

Acting as a zombie in one scene, Katsu gradually becomes almost indispensible to the crew, acting as a first AD, tracking locations and even recruiting fellow villagers to play zombies to help give the film a greater sense of scale. At the same time, Koichi gradually recovers his sense of self belief, and with Katsu at his side the film starts to come together.

It is a traditional tale – old and young gradually bond, with each learning from the other – but it is deftly handled, with great attention paid to the delightful locations. Ironically the film was made with help from the people of the Gifu and Nagano prefectures, who helped secure locations, gather extras and even appear in the film – a case of life imitating art.

There are times where the film is just too languid for its own good, with Oguri’s character Koichi just too bumbling and insecure in the opening scenes to the extent that it is hard to understand why Katsu gives him the attention he does. But when the story finds its feet its charm increases, and the filming of the climactic zombie attack sequence is delightfully warm-hearted as absolute trust is pit in Katsu’s rain-prediction skills.