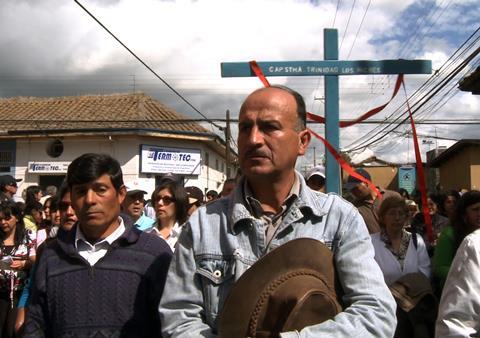 Picking up the tracks of Jaime Larrain’s grim, award-winning Post Mortem of last year, The Young Butler (El Mocito) goes on digging into the common responsibility shared by all those who lent a hand, consciously or unconsciously, to atrocities taking place under their nose.

He recounts his experiences with a certain detachment devoid of any visible emotional involvement.

The context is once again the Pinochet regime in Chile, and Jorgelino Vergara, the subject of this documentary, is a border case…neither legally accountable for serving under the DINA and later the CNI, the infamous arms of the Chilean secret police, nor a victim of the system he worked for. Given the number of Pinochet-like regimes festering in the world today, this is definitely a matter worth exploring, though probably more in depth and detail than it is done here.

Taken in when barely 14 as a “houseboy” (the film’s English title is a gross overstatement of his position), he did not personally participate in any of the horrific tortures perpetrated on supposed enemies of the regime, but he certainly witnessed them while going about his menial jobs, which included, among other things, feeding the prisoners while they were still alive and later carrying out their corpses, once the torturers were done with them.

Once democracy was reinstated, he was put in prison for a couple of months for “his own safety” and since then has lived all alone in a mountain hut. In his own eyes, Jorgelino is an honest man, a survivor who never gives up and does not feel guilty in any sense of the word for his past.

He recounts his experiences with a certain detachment devoid of any visible emotional involvement. He will cooperate with any of the numerous investigations still trying to unearth evidence about the fate of the victims and the identities of the perpetrators and indeed his testimonies have helped put 74 of them behind bars.
But at the same time, he still seems to entertain amicable relations with one of the generals who were in charge of the system, though he did implicate him when giving evidence in court.

Shot over what seems to be a long period of time (Vergara has a moustache in some of the shots but loses it in others), the film has a hard time making up its mind whether Jorgelino is a victim - if not of the regime at least of the circumstances - or an unwitting participant in a major tragedy, who may not have been directly responsible for any crime but has stood by and done nothing watching other criminals at work.