The UK heads back to the cinemas, as Paramount’s Thor takes £5.4m from 500 screens in its first week 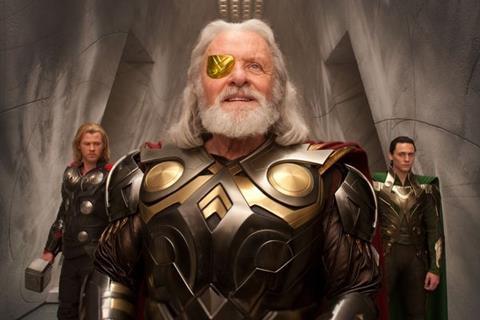 The royal wedding and blue skies didn’t distract UK cinemagoers from the multiplexes this weekend as Paramount’s action-adventure Thor stormed to the top of the box office in its first week, swiping £5.4m from 500 screen at an average of £10,899.

However, it should be noted that £2.3m of Thor’s take came from 495 previews.

The haul is Paramount’s biggest UK opening this year, easily surpassing Rango and Limitless, and places Thor 11th among Paramount’s top performers of the last 12 months.

The latest Marvel studios franchise in which the arrogant warrior god Thor is cast out of the realm of Asgard and sent to live amongst humans on earth is easily Kenneth Brannagh’s biggest opening as director, eclipsing the £1.3m made by Mary Shelley’s Frankenstein in 1994.

Fast and Furious 5 continued to drive up solid numbers for Universal in second, grossing £2.6m from 452 screens at a good second-week average of £5,773, for a cumulative of £11.6m.

Now the second-highest grossing in the franchise, Fast Five is only £2m off the franchise leader, Fast And Furious 4.

The film opened on 325 screens at an average of £4,435, and made sure that three films took more than £1m in the UK for the first time in four weeks.