Thou Wast Mild And Lovely 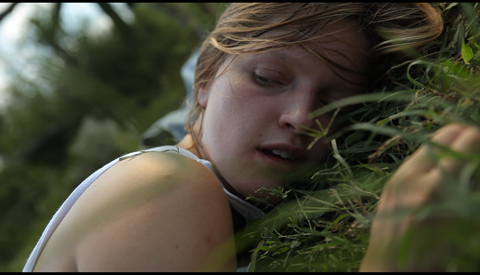 Of two films by US independent newcomer Josephine Decker to play in this year’s Berlinale Forum, her second feature Thou Wast Mild And Lovely is the more conventional - and by far the more alluring. In this film and its predecessor Butter On The Latch, sometime documentarist Decker and her collaborators, notably cinematographer Ashley Connor, have developed a distinctive signature. But it’s in Mild And Lovely that the stylistics properly gel into an intriguing slant on psychological chiller tropes.

With its characterful acting, and potently nerve-jangling string score, the film delivers an intriguing slant on rural-peril convention.

This story of a very bad rural summer plays with elements of both art cinema and horror, but comes across most strongly as an unsettling character piece. Distribution prospects are moderate, but the film will benefit from placing one foot in the realm of Malick-esque artsy delicacy, the other in American Gothic genre territory.

The setting is a remote farm where a child-like young woman, Sarah (Traub), lives with grizzled, gruff-voiced Jeremiah (Longstreet), apparently her dad: clues to the strangeness of things round about these parts comes from the eerily poetic voice-over that Sarah delivers intermittently throughout the film, concerning her obsessively invoked Lover. That Lover - or perhaps just the latest candidate for the role - turns up in the form of Akin (indefatigable indie regular Swanberg), a married man who’s signed on as a handyman about the place. But the job won’t be easy: Jeremiah plies him with taunts, while unworldly, possibly disturbed Sarah seems determined to get him hot under the collar.

Much of the oblique storytelling is done by elegantly impressionistic camerawork, with plenty of disorienting hand-held, and images gliding alluringly in and out of focus, sometimes settling sharply on foliage or spiderwebs - or on patches of the characters’ sweaty skin. The editing is similarly disorienting, abrupt cuts leaving us uncertain about continuity, and suggesting a world forever teetering between reality and febrile hallucination. Perhaps there really is something nasty going on around the farm - yet intimations of generic horror are eclipsed by the more tangible atmosphere of sexual tension and impending violence when Akin’s wife Drew (Slaysman) drops in for a visit.

Things sometimes verge (knowingly, it seems) on near-parody - Sarah’s weirdo waif and the scowling Jeremiah are types hardly unknown either in American film or fiction (Decker thanks John Steinbeck in her end credits, but William Faulkner seems another obvious reference point).

And there’s one moment when Decker seems all too willing to pull us abruptly out of the fiction by throwing in a series of incongruously jokey intertitles: “That morning,” “Earlier that morning”… By the end, Decker has tightened the screws considerably, but with less payoff than you’d hope - leaving the impression of ingenious meta-Americana rather than a properly cogent piece. But, what with its characterful acting, and potently nerve-jangling string score, the film delivers an intriguing slant on rural-peril convention, even if it never completely remaps the old weird territory.