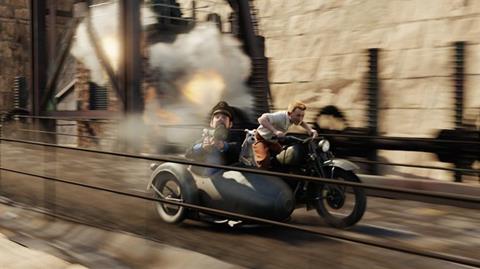 In the week it was revealed that Paramount is significantly downsizing its international offices, PPI scored another success in the UK with The Adventures of Tintin: Secret Of The Unicorn grossing $10.9m (£6.8m) from 512 screens at an excellent average of $21,257 (£13,201).

The strong opening was PPI’s second-biggest of the year to date in the UK, behind Transformers: Dark Of The Moon.

However, the Steven Spielberg-directed adventure story took $5.3m (£3.3m) from 508 previews, which makes the pure weekend figure of $5.6m (£3.5m) a little less impressive, especially considering it was the only new children’s film playing on the last weekend of half-term.

Paramount scored a one-two at the box office, with Paranormal Activity 3 taking a further $3m (£1.8m) from 415 screens over the Halloween weekend.

Reportedly the biggest-budget Indian film ever, Ra.One profited from the Diwali holiday and big preview numbers including a major 11-screen premiere at the O2 arena.

Disney’s The Help debuted decently in seventh on $1.4m (£896,597), while eOne’s The Ides Of March made $1.1m (£665,387) from 213 screens, not a bad result considering the screen number but in light of its star power, good reviews and strong numbers for recent high-concept political thrillers such as Tinker Tailor, eOne would have hoped for more.