A heavyweight roster of world premieres from the leading lights of Canada’s film industry will grace the Toronto International Film Festival next month. 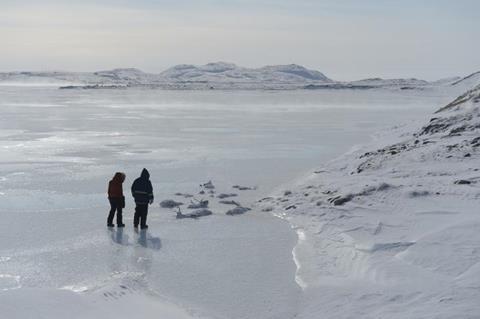 New work from Deepa Mehta, Bruce McDonald and Chloé Robichaud are among the Canadian features set to receive their world premieres, while Xavier Dolan and Kim Nguyen earn North American premieres for their latest films following their Cannes debuts.

Wednesday’s announcement included the slate of Canadian short films, the festival’s four Rising Stars, and participants in the Talent Lab and Telefilm Canada PITCH THIS! programmes.

Talent Lab alumnus Andrew Cividino is named the 2016 Len Blum Resident. The film-maker will take up residency at the Festival Tower for three months later this year and receive one-on-one script consultations with screenwriter Blum, mentoring from TIFF’s industry and programming teams, and support from TIFF partners.

Cividino will work on his screenplay, We Ate the Children Last, a feature version of his award-winning sci-fi short adapted from Yann Martel’s short story of the same name. TIFF runs from September 8-18.

“We are thrilled to present a robust selection of projects from some of Canada’s best filmmakers,” said Steve Gravestock, TIFF senior programmer. “From thought-provoking documentaries and affecting dramas, to unconventional biographies and thrillers, to animated features, this year’s selections highlight the diversity and high-calibre work produced in Canada.”

“We are proud to shine a spotlight on both veteran filmmakers and emerging talent in this year’s slate,” said Magali Simard, TIFF film programmes manager. “Canadians continue to forge their own path on a global scale with their own distinct perspectives and methods of storytelling.”

The four actors selected to participate in the 2016 TIFF Rising Stars programme and take part in public events and industry meetings during the festival are:

For the first time in six years of the programme, international Rising Stars will be announced in the coming weeks.

“Canadian talent have proven themselves among the best in the world,” said TIFF artistic director Cameron Bailey. “We are truly proud to connect this year’s TIFF Rising Stars with the global film industry, offering them an international platform for showcasing their work and a launch pad to develop their careers.”

Now in its 13th year, the five-day artistic development programme runs from September 6-10 and is led by governors including Atom Egoyan, Christine Vachon and Jim Stark who will guide 20 filmmakers to develop their creativity, artistic process, and independent voices.

Monnet and Stepanowich are in the 2016 Short Cuts programme with Tshiuetin and Gods Acre, respectively.

“We are delighted to welcome all the participants in these two terrific programmes,” said TIFF director of industry Kathleen Drumm. “It’s a great chance for them to hone their craft, to develop their projects and to access the knowledge of highly respected voices in the industry.”

Telefilm Canada’s PITCH THIS! challenge takes place on Sunday, September 11 at 4.30pm and is open to all festival industry and press delegates.