The UK’s Hanan Kattan, Germany’s Peter Rommel and Canada’s Chantelle Kadyschuk  are among those selected for this year’s Producers Lab Toronto (PLT). 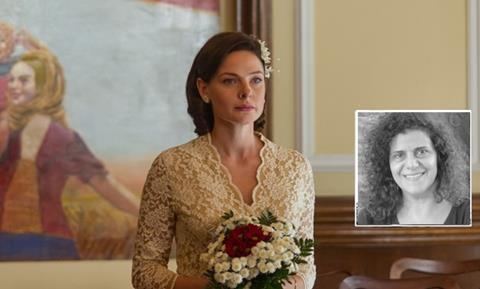 The 24 producers from Europe, Canada, Australia and New Zealand will participate in the sixth edition of the networking platform, which will run Sept 9-12 during the Toronto International Film Festival (Sept 10-20).

PLT is targeted at producers who have had previous experience in working on international co-productions and now have projects in the pipeline that could be interesting for the international market.

The ten European producers were selected by European Film Promotion’s member organisations from previous participants of its Cannes-based initiative Producers on the Move.

The ten Canadian producers taking part in PLT were selected by the Ontario Media Development Corporation (OMDC) and the Toronto festival from an open call across Canada.

They include Chantelle Kadyschuk of No Trace Camping, the Canadian partner on Lenny Abrahamson’s Room which will be premiering at Toronto, and The Film Farm’s Simone Urdl who has worked with Atom Egoyan, most recently on his film Cannes 2014 film The Captive.

In addition, this will be the third year in a row that Screen Australia (SA) and the New Zealand Film Commission (NZFC) are supporting the event by each sending two producers to Toronto.

One of the Australian producers, Raquelle David of Damsel Pictures, has already forged connections with Canada having come to Toronto in 2013 as part of Screen Australia’s Talent Escalator programme to work alongside the Canadian producer Niv Fichman on a number of film and television projects.

She will be the Australian co-producer on the Australia/Canada treaty co-production, The Drowsy Chaperone, to be directed by Fred Schepisi and starring Geoffrey Rush from early 2016.

New Zealand will be represented by Leanne Saunders who is currently producing Taika Waititi’s Hunt For The Wilderpeople, his follow-up to What We Do In The Shadows.

Starring Sam Neill and Julian Dennison, this is the first film made under Piki Films, a new production partnership between Waititi, Saunders and Carthew Neal.